Pennsylvania’s economy has evolved from its roots in steel and agriculture to embrace technology and advanced manufacturing. The Keystone state’s trade with Canada reflects this ongoing transformation. 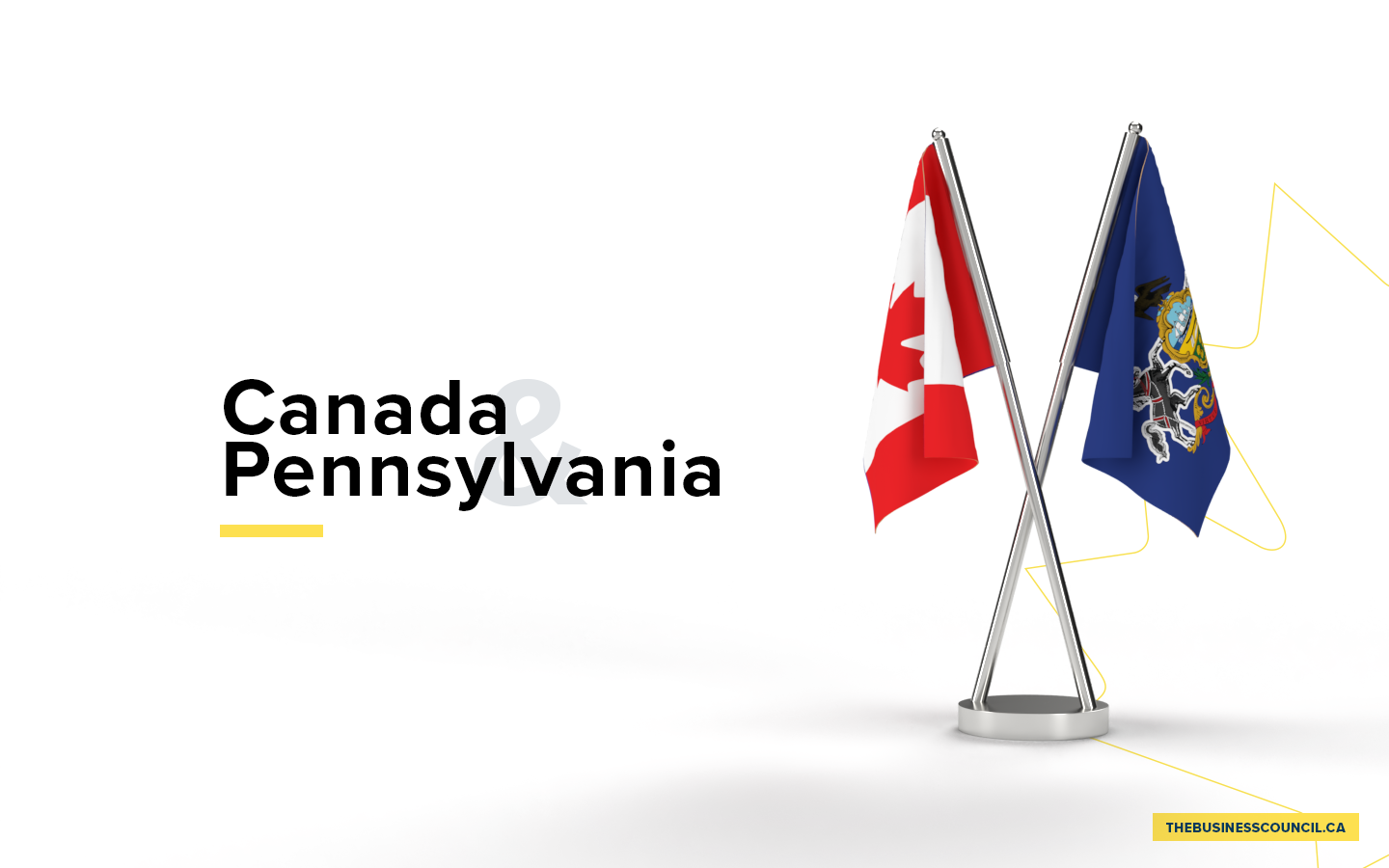 From steel and plastics to high tech

Canada is the Keystone state’s top foreign market, buying more than a quarter of goods exports, worth $10 billion in 2020.

The leading export items are plastics as well as agricultural and construction machinery. Canada is also the destination for half the state’s iron and steel exports and the vast majority of various exported chocolate products and ingredients produced by Pennsylvania-based Hershey Co., one of the world’s largest chocolate manufacturers.

Canadian-owned companies employed 27,800 workers in the state in 2018. Among the key employers are CGI Group (computer consulting) Domtar (paper mills in Johnsonburg and DuBois, PA), Stella Jones (sawmills in Pittsburgh and McAlisterville, PA), Hatch LTK (engineering) Air Canada Cargo and TD Bank, which has 65 branches in the state.

“A new USMCA is about creating jobs here at home and helping Pennsylvania families build their future.”

“By voting for the USMCA, we vastly improved the original NAFTA with enforceable labor standards while promoting American trade and exports.”

“USMCA’s implementation is a historic achievement, and we greatly appreciate the efforts of the U.S., Canadian and Mexican governments in ensuring this trade agreement guarantees robust, fair and rules-based trade of aluminum and aluminum products between the three countries.”

“I often say our partnership is unlike any other in the world. It’s not just about trade or tourism, although both of those are important. It’s about friendships and families that bridge the border. And our relationship is not just between governments in Ottawa and Washington or even Quebec City and Albany. It’s between communities and neighbors. And these more personal ties have enabled us to maintain a strong relationship even in tough times.”

Hatch acquired Philadelphia-based LTK, a 100-year-old engineering firm that specializes in rail and transit engineering, in 2020. The merged company, called Hatch HTK, has become a dominant provider of global transit solutions. The company and its 500 employees are working on projects in Philadelphia, Washington, New York City, San Francisco, Denver, Tucson, Sydney (Australia), and elsewhere. Hatch Ltd., based in Mississauga, ON, has more than 9,000 employees worldwide.

CGI, based in Montreal, is one of the world’s largest information technology consultants, with 77,500 employees and expertise in systems integration, outsourcing and intellectual property. In 2018, the company opened an innovation center in Pittsburgh, PA, where hundreds of CGI consultants and their clients can work jointly on projects in a collaborative studio, virtual lab and other spaces. CGI cited the city’s resurgent technology sector and deep talent pool for the decision to locate there. In 2018, it launched STEM@CGI Pittsburgh that builds on a global program to introduce, inspire and mentor students to help increase diversity in the IT industry. Run in partnership with KFA TV, it focuses on groups underrepresented in STEM including students who are female, Black, Latino, Indigenous, have disabilities and/or are economically underserved.

“With a deep talent pool, Pittsburgh is home to @CGI_Global's @CGI_USA innovation center. And partnering with @KDKA, its #STEM program helps connect underrepresented communities to jobs in IT. Explore how #cdntrade & #usmca supports communities & jobs.