Separated by Lake Michigan, trade and travel within the Great Lakes-St. Lawrence region have historically formed the backbone of strong people-to-people ties between Canada and Illinois. Today, trade and investment in sectors from finance and transportation to agriculture and energy have contributed to bringing us even closer together. 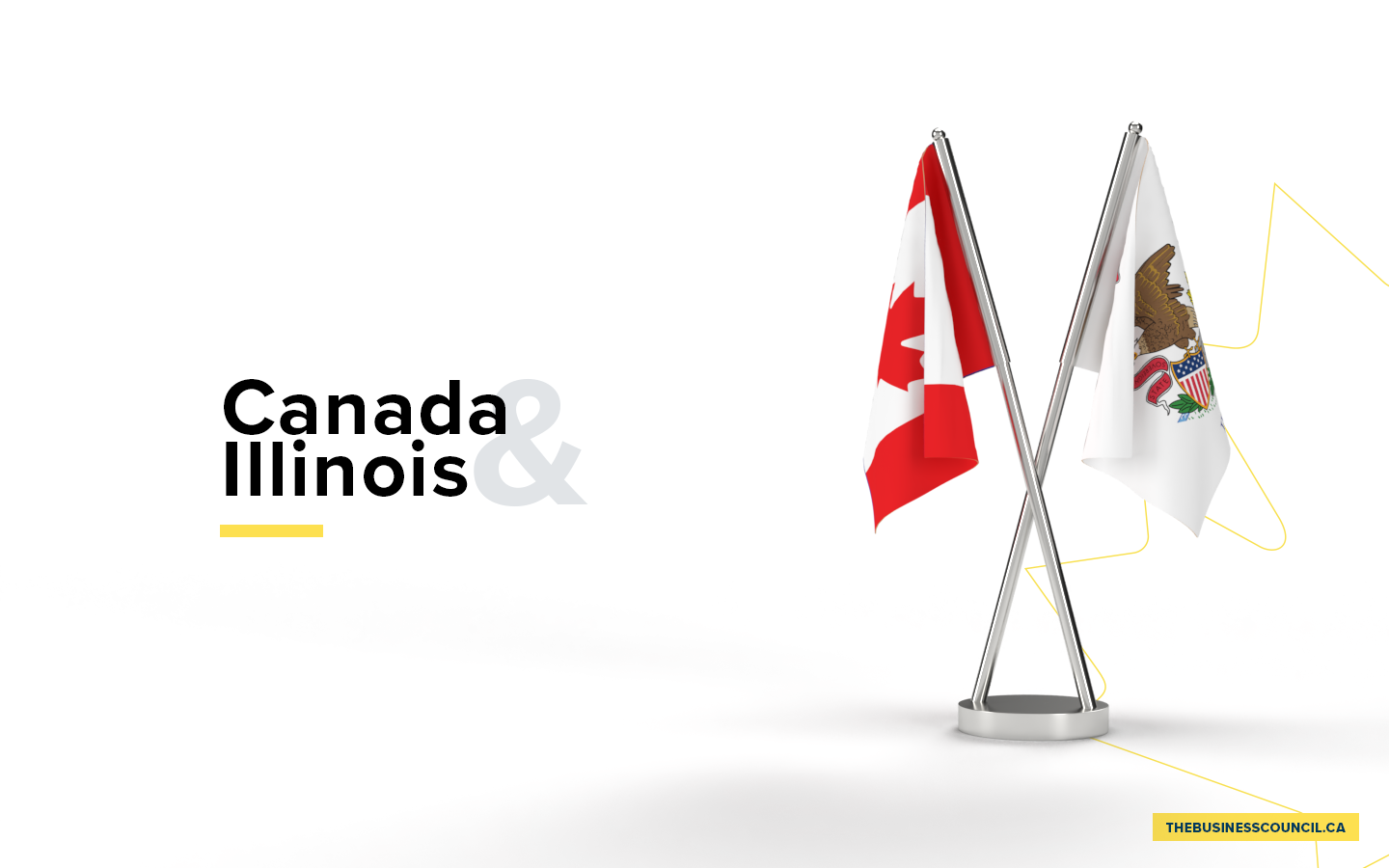 Illinois’ top customer in the world

Illinois sells more goods to Canada than to its next two largest markets combined – Mexico and Australia. In fact, Canada ranks in the top three customers for 92 of the state’s 101 goods exports. In 2020, Canada was the sole source of key energy exports from Illinois (crude oil and natural gas).

Meanwhile, Canada sells nearly double to Illinois than to China, its largest foreign export market after the U.S.. But the importance of the trade relationship becomes even more evident when you dig deeper into the numbers. Canada accounts for most of Illinois’ imports of goods used by builders and by the state’s manufacturing sector, which employs nearly ten percent of the workforce.

Canadian trade and investment supports more than 114,000 jobs and Canada’s presence in Illinois is seen across the state in a range of sectors. In 2018, subsidiaries of Canadian-owned firms employed 37,800 workers.

“A new NAFTA, the USMCA, means that the top trading partners fo the State of Illinois, Mexico and Canada, will have a new lease on a relationship that can improve as we increase trade among our nations. It’s a step forward for us. I’m gald it was done on a bipartisan basis…It’s great to have both labor and business and the farm communities together in this effort.”

“The USMCA would not only add new and improved digital rules and further protect U.S. businesses from unfair trade practices, but it would boost job creation.”

“Canadians and Americans have no better friends and partners than each another. We are united by bonds of history, business, sport, family and long friendship. We share the world’s longest unmilitarized border and its greatest trading relationship.”

With its headquarters in Oakbrook Terrace employing a team of more than 350 people, McCain Foods USA is a leading supplier of frozen potato and snack food products in the United States. It has eleven production facilities and approximately 3,800 employees across the country. Its parent company, McCain Foods, which was founded in the Canadian province of New Brunswick, operates in 160 countries and produces one-quarter of the world’s french fries.

Safe and secure supplier of energy

Canada supplies 70 percent of Illinois’ energy needs, with much of the supply coming from Enbridge. With 100 employees based in Illinois and nearly 4,000 across the Unites States, Enbridge’s operating expenditures in the state totalled $426.9 million and it invested $205 million in capital expenditures in 2020. Enbridge also actively invests in charitable organizations and causes that support health and safety, the environment, and stronger communities across Illinois.

Located in the heart of the Midwest, Chicago has historically been one of North America’s most important transportation hubs. It is not a surprise that CN rail routes converge on the city from across the continent. CN employs approximately 1,825 people in Illinois and its location in the Chicago suburb of Homewood is home to a world-class training center. Over the past five years, CN has invested more than $1.3 billion in capital expenditures across the state.

Investing in the people of Illinois

Headquartered in Chicago for more 160 years, BMO Harris Bank provides a broad range of personal and commercial banking products while employing over 15,00 people across the country. In the footsteps of its parent company’s motto of “growing the good,” it contributed $17.2 million to charitable causes in the United States in 2020 – including organizations supporting social and racial justice – and provided $677 million in loans to support affordable housing, economic development and community services. Opening in 2022, the BMO Tower will be built on a site adjacent to Union Station, Chicago’s iconic train station. Approximately 3,600 BMO employees will work out of the new flagship headquarters across 14 floors of the 50-floor, 700-foot building.

“Illinois sells more to Canada than its next two largest markets combined. @BMOHarrisBank, @CNRailway, @Enbridge & @McCainFoodsUSA are some of many Canadian-owned businesses w/ a strong presence. Explore how #cdntrade & #usmca support jobs & communities