Canada is among the top three export markets for the bulk of the goods that Oregon sells to the world. Meanwhile, Canadian businesses are highly integrated into the Beaver State’s booming tech, automotive and resource sectors. 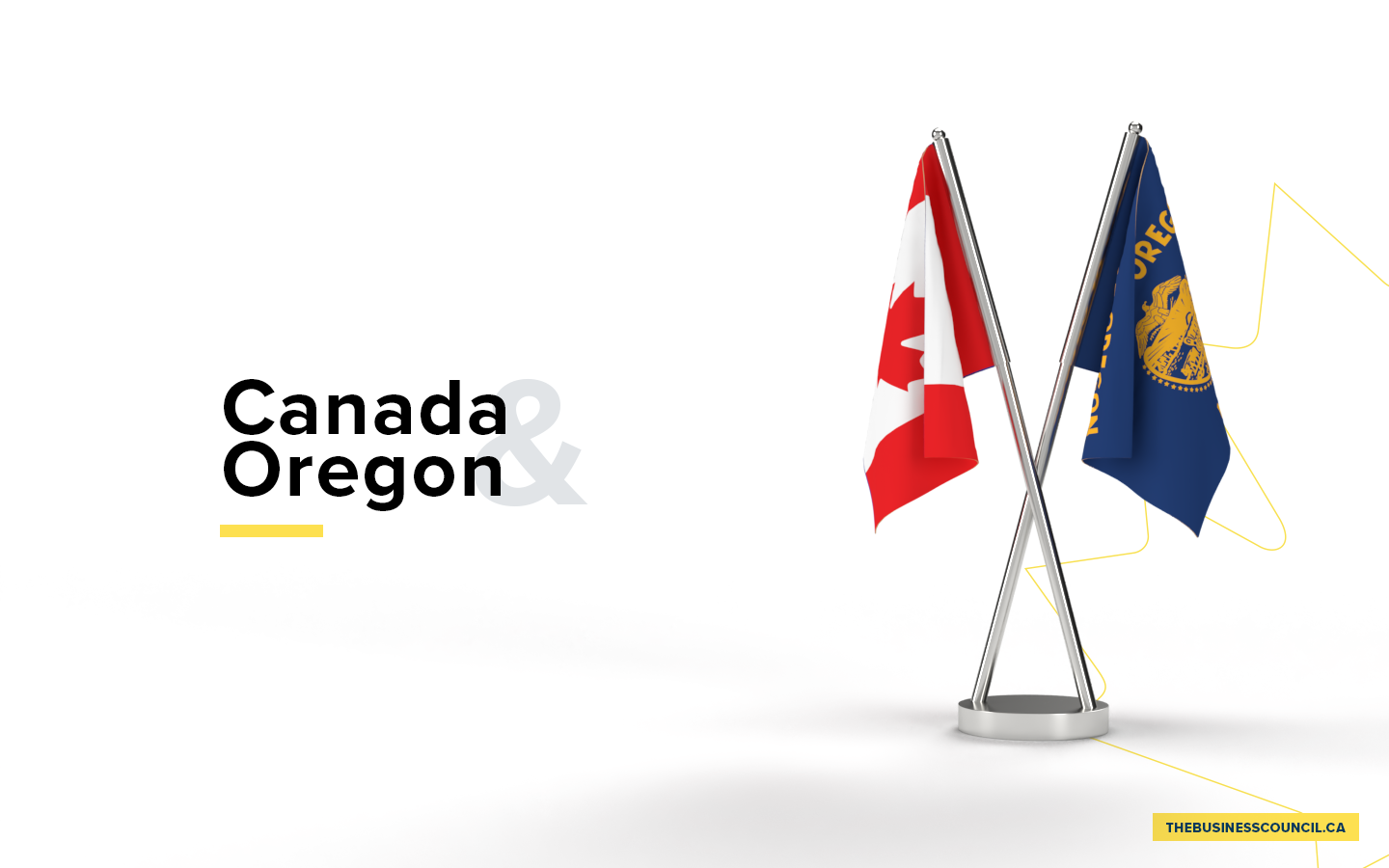 Canadians bought more than half a billion dollars worth of motor vehicles and parts from Oregon manufacturers in 2020. The bulk of those are big rig truck-tractors produced at Daimler North America’s Western Star assembly plant in Portland, OR.

Two-way goods trade is heavily influenced by the large forestry and building materials sector. Canadian and U.S. companies, including lumber producers and wood product manufacturers, often operate plants on both sides of the border. Canada accounted for most Oregon exports of various wood products in 2020, including plywood, particle board and joinery. In turn, Canada is a leading supplier to Oregon of key energy products, including oil, biodiesel and electricity.

The service side of the Oregon-Canada relationship largely revolves around the technology sector and business services.

Subsidiaries of Canadian-owned firms employed 5,800 workers in Oregon in 2018. Among the leading employers are Interfor (stud mill in Malalla, OR), Cascade (pressure-treated wood plants in Sheridan, Eugene and Roseburg, OR), Hatch, Stantec, Air Canada, WestJet, Manulife, Canpotex, BlackBerry and CGI.

“[USMCA] reflects the fact that putting workers first is absolutely essential to trade that Oregonians and the rest of America can support.”

“[USMCA] provides some much needed certainty to many of our members who view Canada and Mexico as important markets.”

Skip Newberry, President of the Technology Association of Oregon, January 16, 2020

Portland Bulk Terminals is one of Saskatchewan-based potash producer Canpotex’s two main global export hubs, along with Vancouver, BC. Potash is loaded onto ships for shipment overseas after making a 1,200-mile journey to Portland by train from mines in Saskatchewan.

Operating since 1997, the Portland terminal underwent a $150 million expansion in 2018, including a new ship loader, warehouse and an upgraded vessel loading system to transfer potash directly from trains. The improvements more than doubled the terminal’s capacity to 7.5-million metric tonnes per year.

Hancock Natural Resource Group, part of Toronto-based Manulife Financial, completed the acquisition of approximately 149,000 acres of timberlands in southern Oregon from Weyerhauser Co. in 2020. Hancock now manages a total of 635,000 acres of commercial timberlands in the state, part of a 5.6-million-acre portfolio in the U.S. The newly acquired forests contain Douglas-fir and white woods timber suitable for making veneer, plywood, engineered wood products and lumber.

Hancock has committed to managing the forests in a “manner consistent with our commitment to stewardship of people and the environment alongside our contractors, recreational users and other community stakeholders in southern Oregon.”

Engineering company Stantec, based in Edmonton, AB, has nearly 22,000 employees in 400 locations around the world, including Portland. The Oregon office – specializing in water, power, dams and environmental work — manages projects across the Pacific Northwest. The company has had a presence in the region for more than a century. Its recent work includes three award-winning projects: the Wanapum Dam spillway project, the Durham influent pump station and the Tri-City water pollution control expansion.

At the Wanapum hydro dam on the Columbia River, Stantec engineers installed post-tensioned anchors and more than 100 vertical drains to relieve water pressure and safely repair cracks that had developed in the massive structure. The project was completed in slightly more than a year, while protecting culturally sensitive sites along the reservoir shoreline and limiting impacts on fish.