Colorado’s economic ties to Canada reflect the breadth of its economy as it expands on its traditional strengths in resources to new drivers of growth in high-tech, advanced manufacturing and financial services. 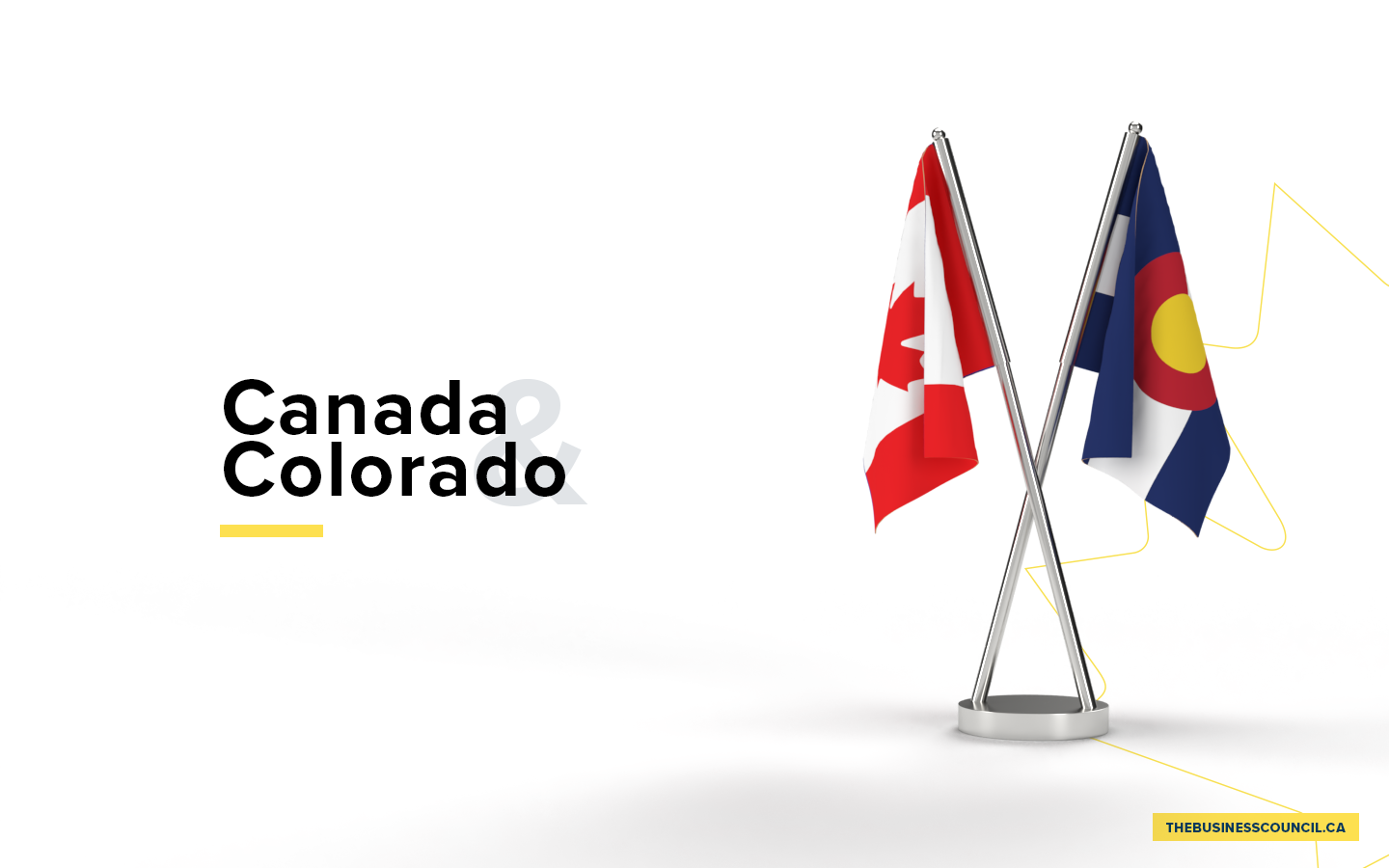 Bound by energy, agriculture and technology

Canada is the No. 1 destination for the state’s exports, led by beef and pork, medical equipment and aerospace. Canada buys 15 percent of the goods the state sells to the world, including nearly a quarter of its meat exports and a large share of medical device exports.

It’s not surprising that Canada would be such an important customer. The state’s life science industry boasts a large cluster of export-oriented medical equipment manufacturers, such as Medtronic Agilent, and Cochlear. The state also has 400 aerospace manufacturers, including several major global companies, such as Lockheed Martin, Ball Aerospace and Harris Corp.
Canada, in turn, is a key supplier of crude oil, lumber, various other wood products, turbo propellers, plus technology and software. Energy products make up more than half of goods imports, worth $1.6 billion.

“I’ve long said that we should modernize NAFTA as our economy evolves, and the final USMCA brings our trade policies into the 21st century. This agreement will maintain key export markets for Colorado and provide some certainty for our farmers and ranchers.”

“[USMCA] will boost our state economy, strengthen Colorado’s relationships with our most important trade partners, and support jobs and businesses across a broad spectrum of industries.”

Chuck Berry, former President and CEO of the Colorado Chamber of Commerce, December 19, 2019

Investing in the future of agriculture

Nutrien is the world’s the largest producer of potash and the third largest producer of nitrogen. The company has a significant presence in Colorado. Its main U.S. retail subsidiary, Loveland Products, is based in Loveland, CO. In nearby Greeley, it has a formulation lab, which produces water conditioners and adjuvant agents.

In 2020, Nutrien made a $10 million donation to Colorado State University to fund state-of-the-art research facilities, student scholarships as well as teaching programs designed to help students prepare for a career in agriculture and encourage the use of innovative technology for sustainable farming.

Supplying the state with gasoline, diesel, jet fuel and asphalt

Calgary-based Suncor’s Commerce City refinery complex in Denver is a major energy supplier to the state, producing 98,000 barrels a day of gasoline, diesel and jet fuel. Virtually all of it is sold in Colorado. The refinery is also the state’s main producer of paving-grade asphalt. The facility has more than 500 employees and generates $2.5 billion a year in economic activity.

Commerce City, acquired by Suncor in the early-2000s, consists of three plants and two refineries, located 10 minutes from downtown Denver. The refinery purchases much of its crude oil from the Denver-Julesburg Basin.

Suncor spent $200 million in 2021 to clean, inspect, repair and upgrade two of the complex’s three plants. Suncor says it did the work while experiencing significantly lower excess emissions than during similar upgrades in 2016. Suncor says it intends to meet and exceed regulated excess emission targets as it makes refinery improvements under a 2020 agreement with the Colorado Department of Public Health and Environment.

Denver Buildings, a subsidiary of Edmonton-based PCL Construction, has been building high-rise residential, commercial and airport projects in the state for 45 years.

Among its recent projects are the Burwell Center for Career Advancement at the University of Denver – the first all mass-timber structure in the state, the Grand Colorado Main Building at Breckinridge ski resort, a nine-megawatt solar power installation in Hudson, CO, and a major overhaul of Denver International Airport’s air conditioning system.

Also located in Denver is PCL’s U.S. headquarters, which manages major construction projects across the U.S..

“#CdnBiz is contributing to Colorado’s #energy sector, building its skyline, investing in #ag and more. @Suncor, @NutrienLTD and @PCLconstruction are a few of the key players. Explore how #cdntrade & #usmca support jobs & communities. #FriendsPartnersAllies