Canada is the destination for nearly a third of Indiana goods exports. The state sells more goods to Canada than to its next three largest foreign customers combined — Mexico, China and Japan. And no Indiana industry is more dependent on Canada than the automotive sector. 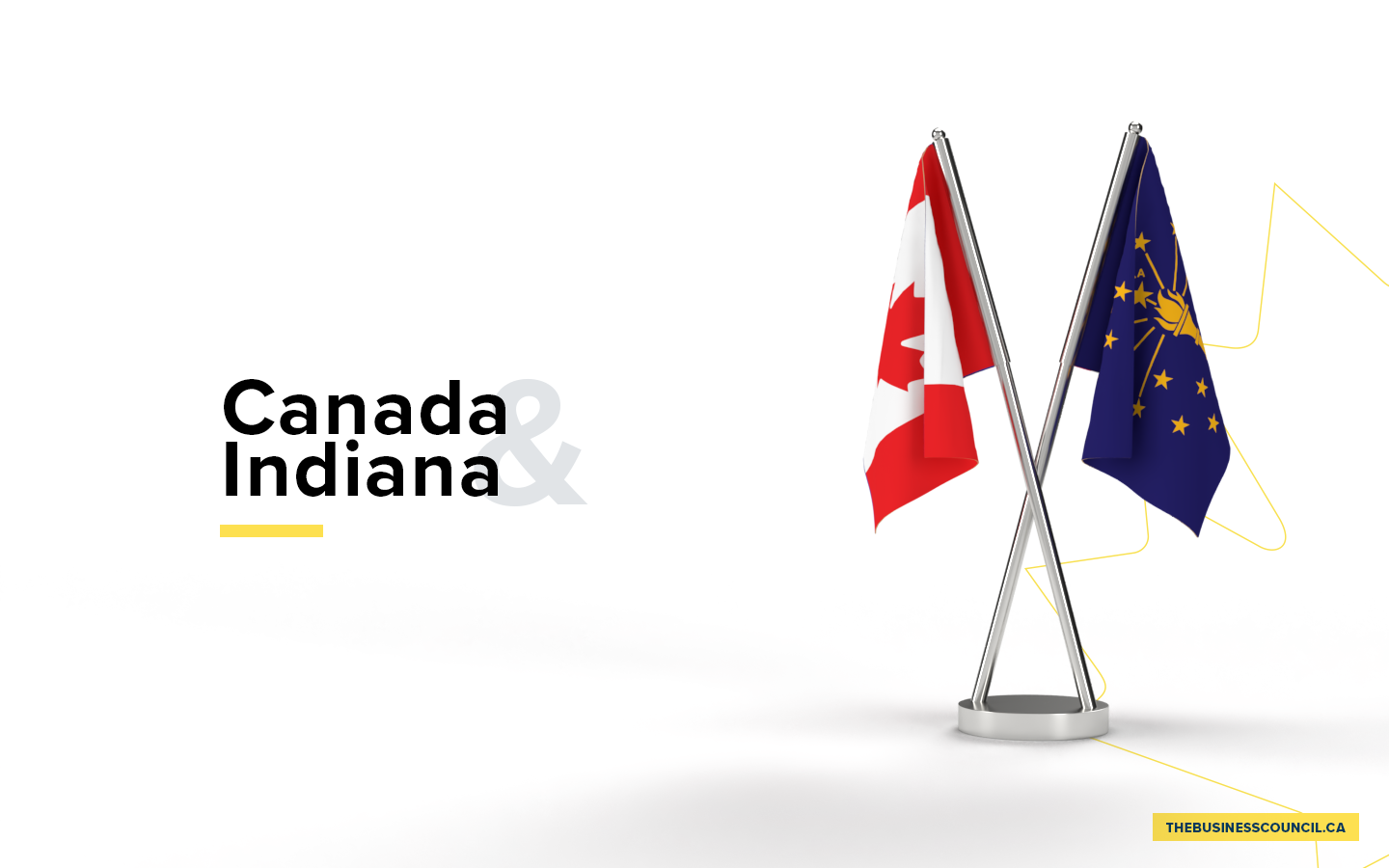 More than 80 percent of Indiana’s exports of vehicles, chassis and internal combustion engines go to Canada. The state is home to General Motors, Honda, Toyota and Subaru assembly plants. Indiana is a classic example of the integrated nature of the North American automotive sector. The state’s assembly plants sell finished vehicles to Canadians. These plants also purchase key parts and materials from major Canadian-owned suppliers, including Magna and Martinrea, both of which have plants in the state.

The influence of the auto industry is also reflected in the cross-border trade in various raw materials used to make vehicles and their multitude of components. Canada buys nearly all of Indiana’s exports of flat-rolled, zinc-plated iron and non-alloy steel. Canada, in turn, is a vital supplier of raw materials, such as silver, aluminum, zinc, copper and various plastics.

“[USMCA] protects our longstanding relationships with our two leading trading partners and provides a vital booster to manufacturers, farmers and small business exporters.”

Kevin Brinegar, President and CEO of the Indiana Chamber of Commerce, December 16, 2019

Magna, one of the largest Tier 1 auto suppliers in the world, has been making powertrain components in Muncie, IN, since 2006. It now has two plants and a warehouse in the city, which supply parts to GM, Ford and Stellantis (Chrysler) vehicles. A recent $9.3 million expansion added 50 jobs. Magna, one of the city’s largest employers, has repatriated production of transfer cases and transmission components from Mexico to Muncie – parts destined for GM’s assembly plant in Fort Wayne, IN. Magna also helps support several local charities and organizations, including Ivy Tech Community College.

Maple Leaf Foods and its U.S. subsidiary Greenleaf – which produces the popular Lightlife and Field Roast brands – have plans to make Indiana the home to the largest plant-based protein production factory in North America. The 230,000 sq ft plant in Shelbyville, IN, will eventually employ 460 people. Once complete, the Greenleaf facility will be Shelbyville’s largest industrial project, combining the best of the area’s traditional strengths in agriculture and manufacturing. Maple Leaf has also purchased an existing food processing plant in Indianapolis, which it is converting to produce various tempeh products, made from soybeans and brown rice. The plant will employ 115 people when it reopens in 2022.

“More than 80% of Indiana’s exports of vehicles, chassis and engines go to Canada. And Canadian-owned @MartinreaInt and @MagnaInt both have a major presence in the state. Explore how #cdntrade & #usmca support jobs & communities. #FriendsPartnersAllies