The collection of goods and services that Alaska sells to Canada looks remarkably similar to the trade going the other way, with an emphasis on mining and tourism. 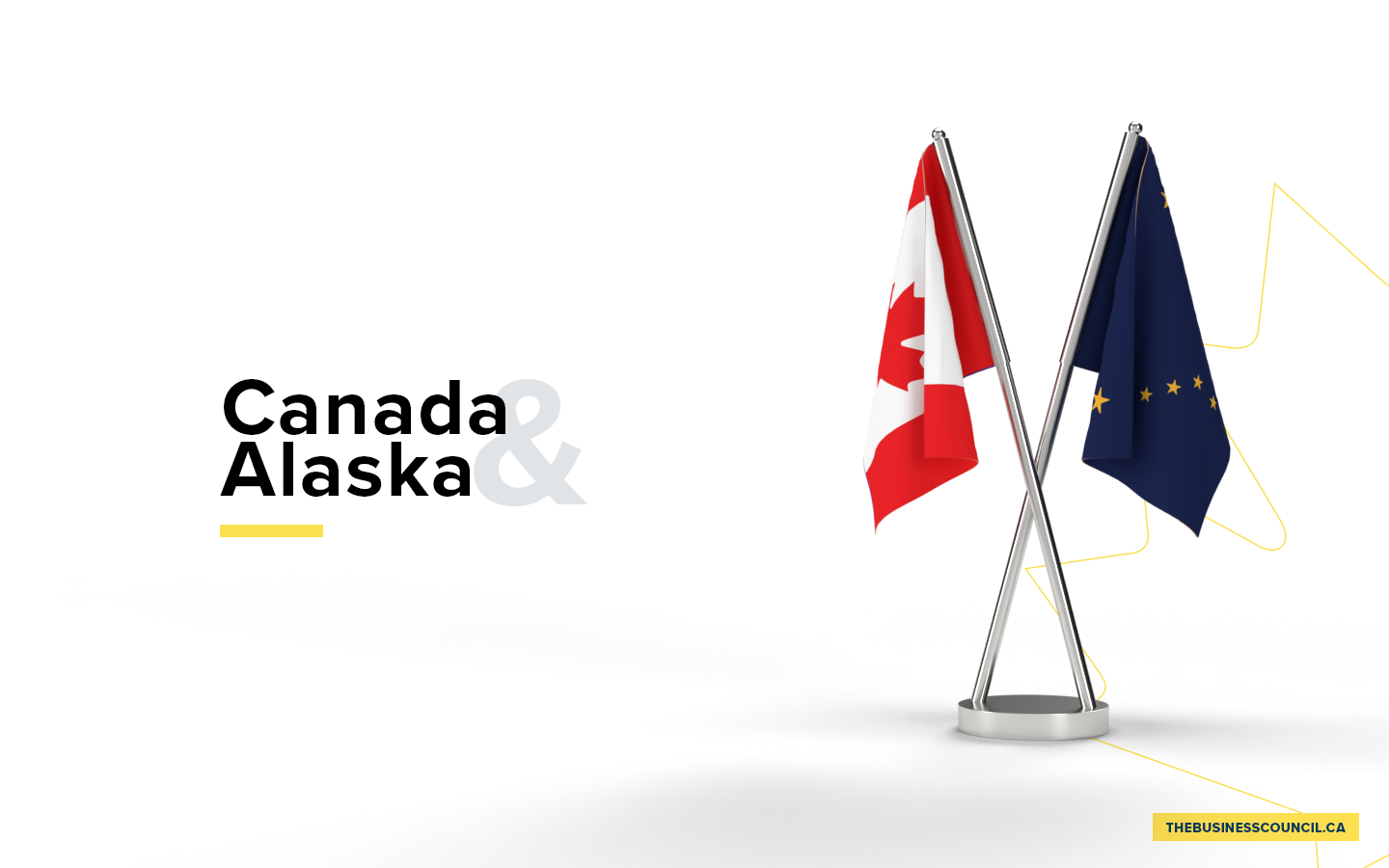 Canada is a vital market for Alaskan mining operations, including zinc from the Canadian-owned Red Dog mine in the northwest corner of the state. Canada is also a key export customer for crude oil as well as fresh salmon, crab and other seafood products. Canada’s leading exports to Alaska, in turn, are copper, natural gas, propane as well as aircraft parts and engines.

Two-way service trade is dominated by tourism, reflecting the reputation of both Alaska and Canada as prime wilderness attractions. Alaskans and Canadians spend tens of millions of dollars every year visiting each others’ travel and tourism destinations.

Canadian-owned firms employed 5,200 workers in Alaska in 2018. Among them are Teck Resources, Air Canada, WestJet, Enstar Natural Gas (which provides natural gas to nearly 60 percent of Alaskans), the Kinross Fort Knox gold mine in Fairbanks, and Alaska General Seafoods in Ketchikan, Egegik and Naknek.

“The USMCA is a pro-growth trade pact that will deliver trade certainty, create new jobs, and increase economic development here in the U.S. It has the potential to benefit all of America, including Alaska, and to enable our nation to provide needed goods and services competitively for our largest trade partners.”

“The USMCA, which constitutes an updated NAFTA, is the most significant change to North American trade policy in nearly 30 years. It will strengthen our country’s farmers, manufacturers, small businesses and, importantly, Alaska fishermen.”

Mining a massive zinc deposit north of the Arctic Circle

Teck Resources’ remote Red Dog mine in northwest Alaska is one of the largest zinc mines in the world, producing about 500,000 tonnes of ore concentrates per year. First discovered in the 1950s, the open-pit mine is located nearly 100 miles north of the Arctic Circle on land owned by 14,500 Iñupiat shareholders of the NANA Regional Corp. Teck leases the mine and surrounding operations from NANA. Ore produced at Red Dog is shipped to Teck’s smelter in Trail, BC, and then on to customers in Asia and Europe

The nearest communities to the mine are Kivalina and Noatak – two of 11 Iñupiat communities scattered across the region. There are no roads connecting the various Iñupiat communities. Supplies are delivered on barges or aircraft. Local residents travel between communities via boat, plane and snowmobile. Many of the miners fly in to work rotating two-weeks-on, two-weeks-off shifts, while living elsewhere in the world.

Teck has contributed $1.4 million since 2010 to a youth leadership program in local schools aimed at curbing bullying and suicide. In every school, students select teams of youth leaders, who act as role models for the community and take responsibility for fellow students. Wayne Hall, Superintendent, environment and community relations at the mine, says youth leaders have “the power to change the culture in their schools and villages by embodying the change they wish to see.”

“One of the world's largest zinc mines is @TeckResources’ Red Dog mine in NW Alaska. As well as a positive economic impact, Teck contributes to several community efforts. Explore how #cdntrade & #usmca support jobs & communities. #FriendsPartnersAllies