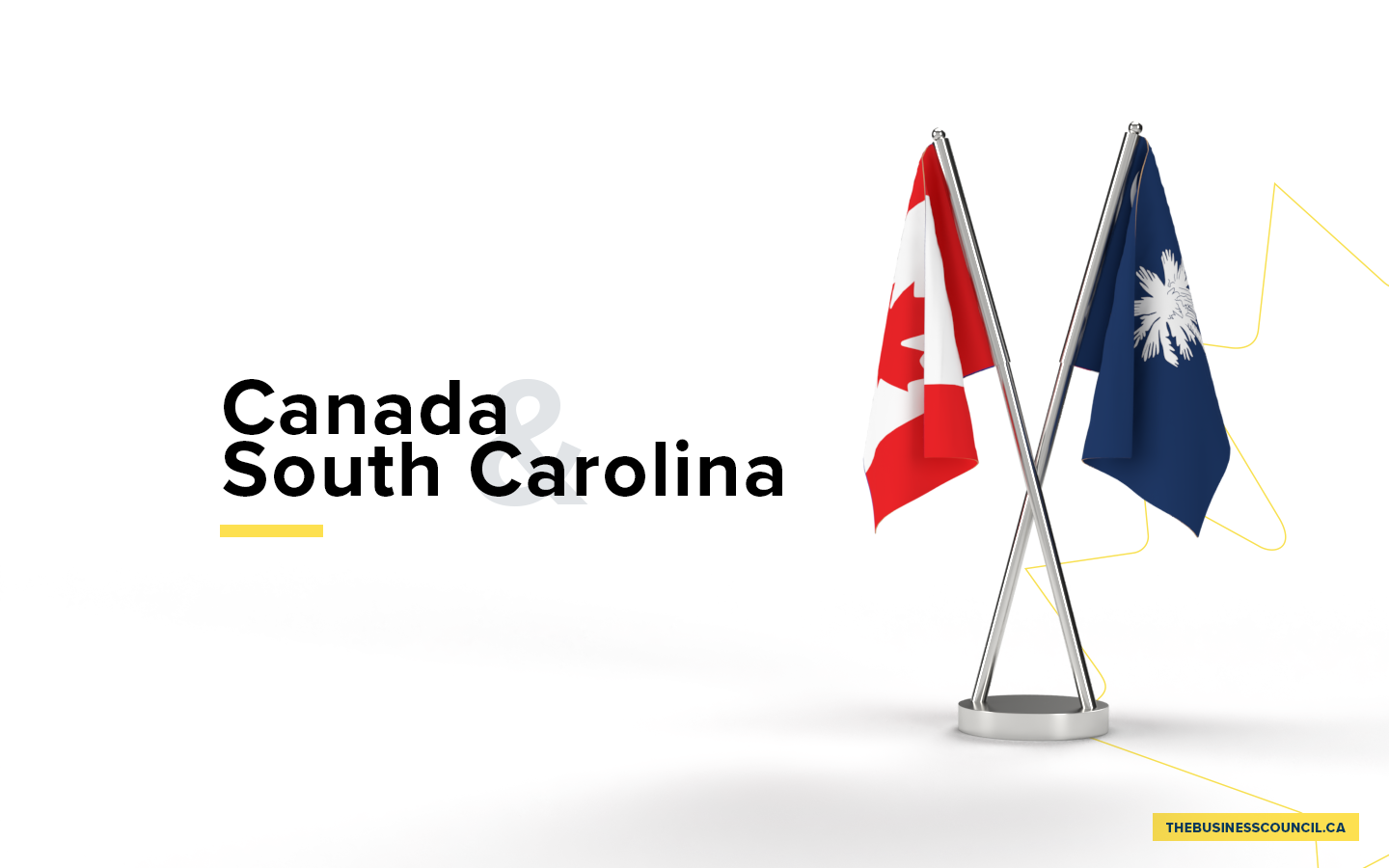 South Carolina is home to two auto assembly plants – BMW in Spartanburg and Volvo in Ridgeville. As well, Mercedes Benz makes trucks and vans at plants in North Charleston and Ladson. These plants export more than half-a-billion dollars worth of vehicles to Canada every year, as well as buying hundreds of millions of dollars worth of parts and raw materials from Canadian suppliers, such as Magna. Canadians also bought more than $400 million worth of vehicle tires from suppliers in the state in 2020.

The same interdependency exists in the aerospace sector. The state’s major aerospace manufacturers, including Boeing in North Charleston (maker of the 787 Dreamliner) and Lockheed Martin in Greenville (maker of F-16 fighter jets), export products to Canada, while buying parts north of the border.

Overall, Canada is South Carolina’s No. 2 destination for goods exports.

Tourism is another major economic driver, with Canadian visitors spending tens of millions of dollars every year at the state’s beaches, golf courses, hotels and historic sites.

For its part, Canadian companies are key suppliers of manufacturing inputs, such as wood pulp, yarns and fiber, as well as various industrial chemicals and plastics.

“[USMCA] is good for American workers, as it modernizes intellectual property rights, one of the crown jewels of the American economy.  It is also good for manufacturing and agriculture, two cornerstones of the South Carolina economy.”

Canada’s Aecon Group subsidiary Aecon-Wachs, based in Jackson, SC, builds, maintains and decommissions industrial sites across the U.S., including nuclear reactors, power plants, auto plants and steel mills. The company has done more than 1,000 projects over three decades, including construction and maintenance work at nearly every nuclear plant in North America.

The company’s footprint in the state includes a 125,000 sq. ft. custom metal fabricating shop and training center in Aiken, SC. Aecon-Wachs trains and qualifies its own welders and specialized metalworkers at the site – both for its own projects and outside clients. The fabricating shop can manufacture parts from virtually any materials, including specialty alloys and high strength steels. Its equipment can make large and small fabricated modules for the nuclear industry, including sophisticated and highly regulated and Class-1 nuclear components.

Magna, one of the world’s largest Tier 1 auto parts suppliers, has four plants in South Carolina, employing nearly 2,400 people. Its newest is a plant in Spartanburg, which makes seats for the nearby BMW vehicle assembly plant. The 255,000 sq. ft. operation employs more than 600 people. Magna worked closely with Spartanburg Community College to train workers for the plant, which opened in 2018.

Among Magna’s other operations in the state is a 165,000 sq. ft. plant in Greenville, SC, that makes exterior molded and painted assemblies.

“One of the world’s largest auto part suppliers, @MagnaInt has four plants in South Carolina employing nearly 2,400 workers. In 2021, it broke ground on its fifth w/ another 300 jobs. Explore how #cdntrade & #usmca support jobs & communities. #FriendsPartnersAllies