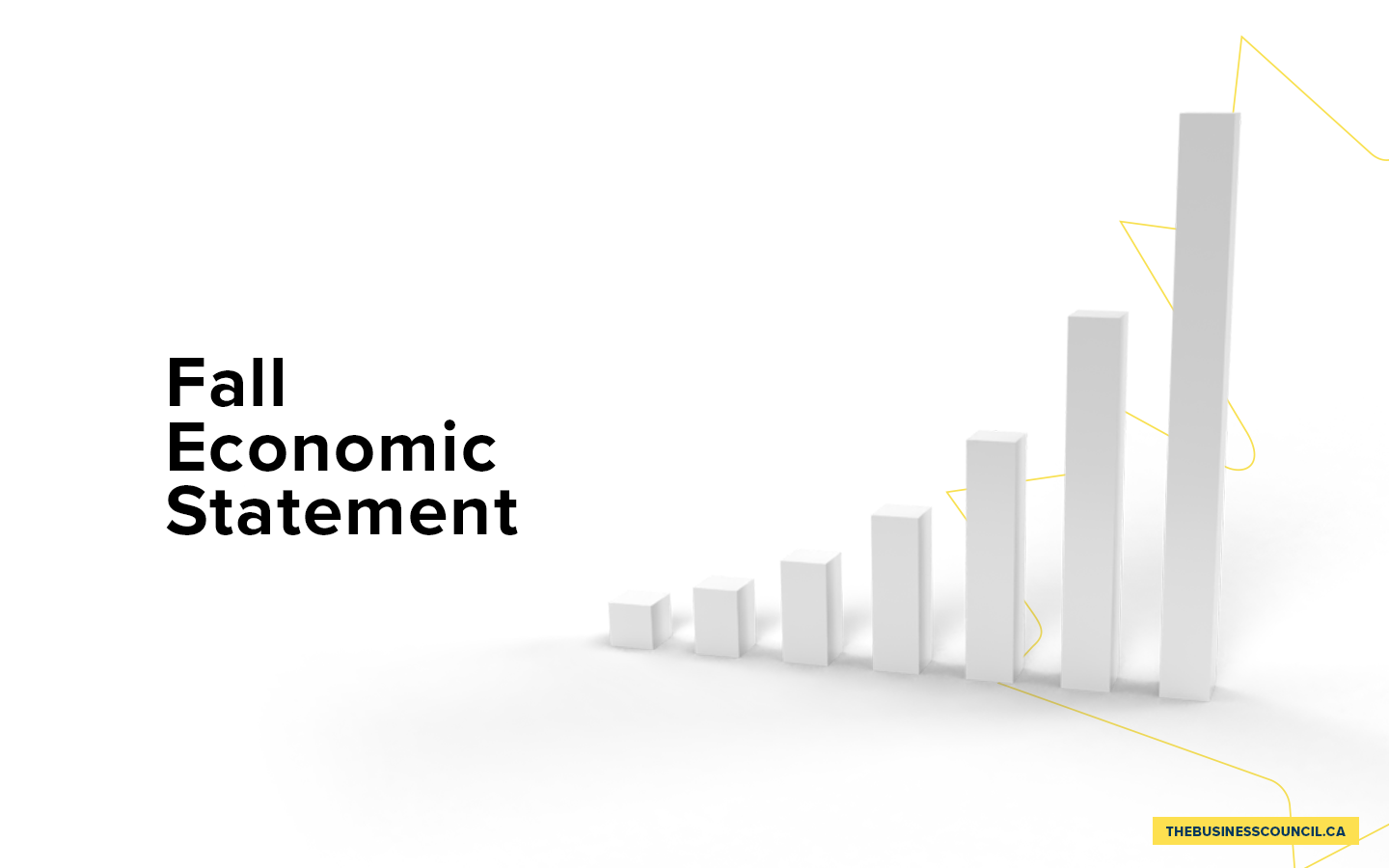 “The overall direction of the Fall Economic Statement is encouraging, but the government has to move even faster,” Hyder said.

“The competitive pressures on Canada are increasing, interest payments on the federal debt are rising quickly, and the economic outlook is worrisome to say the least.”

“Time is not our friend. The government needs to come forward early in the New Year with a budget that puts these measures into effect and takes concrete action to shore up Canadian competitiveness.”

““The overall direction of #FES is encouraging, but the government has to move even faster." Read and share @BizCouncilofCan CEO @GoldyHyder's response to the Fall Economic Statement. #cdnpoli #cdnecon

Business Council of Canada
Founded in 1976, the Business Council of Canada is a not-for-profit, non-partisan organization representing business leaders in every region and sector of the country. The Council’s member companies employ 1.7 million Canadians, contribute the largest share of federal corporate taxes, and are responsible for most of Canada’s exports, corporate philanthropy, and private-sector investments in research and development. Through supply chain partnerships, service contracts and mentoring programs, Business Council members support many hundreds of thousands of small businesses and entrepreneurs in communities of all sizes, in every part of Canada. Follow us on Twitter and LinkedIn, and subscribe to our podcast.