Canada is a close partner of the Badger state in a cluster of industries vital to Wisconsin’s economy, including manufacturing, food processing and agriculture. 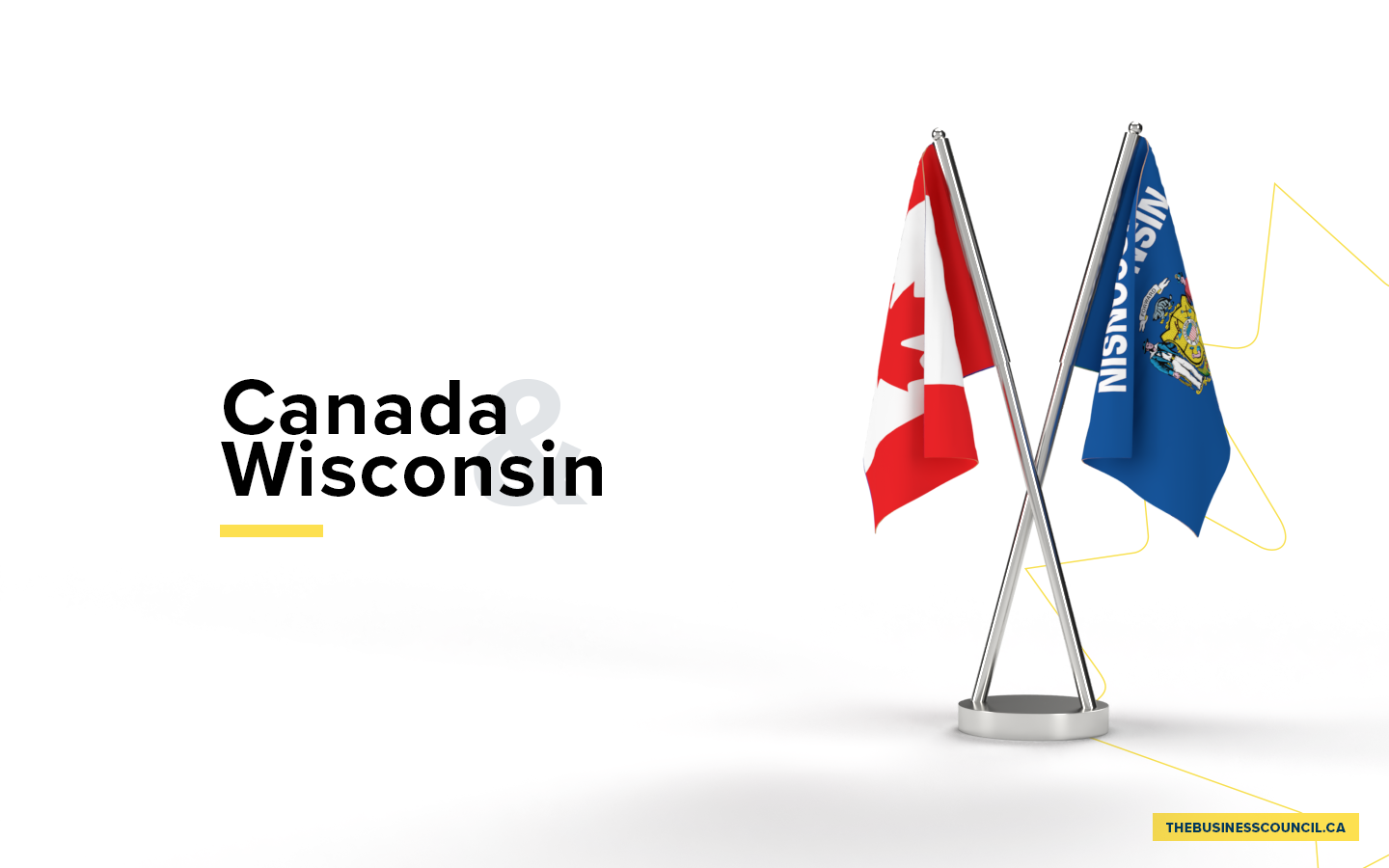 Canada is Wisconsin’s top foreign market and the destination of 29 percent of the state’s goods exports to the world. It is also the No.1 market in two-thirds of exported goods categories. Canada, for example, dominates exports of recycled paper products (including tissues and toilet paper), which are made at dozens of mills across the state. A clutch of those plants are owned by Canadian paper manufacturers, including Domtar and Cascade. Canada, in turn, is the state’s main imported source of chemical pulp, used to make various paper products. Indeed, the bulk of the goods Canada exports to Wisconsin are intermediate products used to make other goods, including pulp, lumber and primary form plastics.

In 2018, Canadians bought more than $730 million worth of machinery made in Wisconsin, including farm equipment, generators and construction equipment.

“Wisconsinites rely on trade agreements that will benefit businesses, ensure collaboration between our trading partners, and promote stable economic growth. The final version of the USMCA will help Wisconsin farmers and manufacturers continue to sell their goods throughout North America.”

“[USMCA] is a better deal for farmers, manufacturers, businesses and workers.”

“Trade is critical to Wisconsin’s economy, and the USMCA is critical to our state’s future… [USMCA] is a better deal for farmers, manufacturers, businesses and workers.”

Adding jobs and feeding the needy

McCain Foods, based in Toronto ON, is one of the world’s leading makers of frozen potatoes and various snack foods, employing 21,000 people at 49 plants around the world. The company has roughly 2,000 employees in Wisconsin, with plants in Appleton, Rice Lake, Wisconsin Rapids and Plover, WI. Amid growing demand, the Plover plant recently moved to 24/7 production, creating 60 new jobs. In 2021, McCain announced the donation of 1.5 million meals to Feeding America, the largest hunger relief organization in the U.S. In 2020, during the early days of the COVID-19 pandemic, the company donated another 250,000 pounds of food to the organization.

CN, the Montreal, QC-based railway, embarked on a $100 million upgrade of its Wisconsin rail network in 2020. The enhancements include a new auto compound in Richmond, WI, as well as replacement of rails, ties and road crossings, plus maintaining culverts and signalling equipment. CN said it is committed to enhancing the supply chains that power Wisconsin’s economy, delivering goods to customers and reducing greenhouse gas emissions by displacing truck traffic. Over the past 20 years, CN has invested more than $1 billion to upgrade its 1,428-mile rail network in the state, which serves producers and retailers, particularly in and around Milwaukee and Green Bay.

Saputo, the Montreal-based company and one of the largest cheese producers in the U.S., is expanding its footprint in Wisconsin with plans to build a $60 million, 350,000 sq ft cheese processing plant in Franklin, WI. The plant will eventually employ 650. Also in 2021, Saputo acquired Wisconsin Specialty Protein in Reedsburg, WI, a maker of various dairy ingredients, including goat whey, organic lactose and other dairy powders. Saputo has 6,700 employees and 26 plants across the U.S., including a dozen factories in Wisconsin. Its cheese brands include Stella, Black Creek and Treasure Cave. In 2021, Saputo expanded its support for the Dairyland Initiative of the University of Wisconsin-Madison School of Veterinary Medicine, which allows faculty and staff to continue to provide twice-yearly workshops for farmers, veterinarians, nutritionists, and industry consultants – its objective is to improve animal welfare in the dairy industry.

“With 2,000 employees and four plants in Wisconsin, @McCainFoodsUSA’s positive impact is also felt with its support for @FeedingAmerica and other important causes. Explore how #usmca & #cdntrade benefits communities & creates jobs. #FriendsPartnersAllies