Overall, Canada is Missouri’s No. 1 export market for goods, accounting for more than 30 percent of the state’s foreign-bound goods. The state sells more goods to Canada than its next five largest export markets combined. 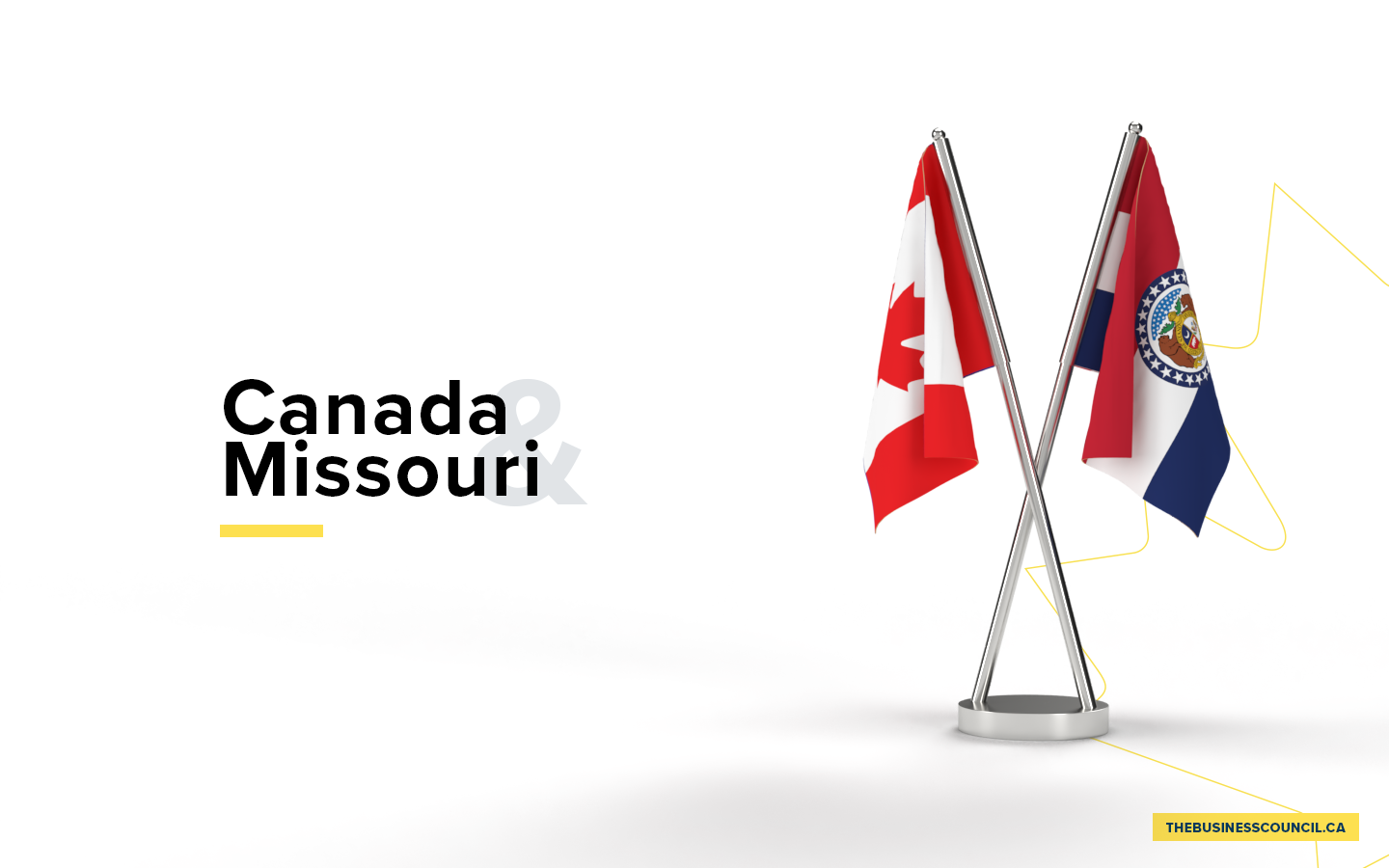 Canadians bought $1.8 billion worth of vehicles in Missouri in 2020. The Show-Me State is home to major Ford and GM truck plants. Ford makes the popular F-150 pick-ups and Transit vans in Fairfax, MO. GM produces the mid-sized Chevy Colorado and GMC Canyon pick-ups, as well as full-size vans in Wentzville, MO. Canada buys 84 percent of vehicle exports from those plants. Canadian automotive parts suppliers Magna and Martinrea both have plants in the state that supply those plants.

Overall, Canada is Missouri’s No. 1 export market for goods, accounting for more than 30 percent of the state’s foreign-bound goods. The state sells more goods to Canada than its next five largest export markets combined.

“USMCA will keep the momentum going to support new jobs, to expand markets, and to boost economic growth. As a global ag leader, we’re one of the states that stands to gain the most by this new agreement with our two largest trading partners.”

“USMCA will be the gold standard trade agreement our country uses to measure all other deals moving forward. It not only modernizes agriculture trade but also benefits the American worker. The agreement has the potential to create 176,000 jobs and add $68 billion to our economy.”

“Canada and Mexico are by far Missouri’s largest trade partners. Missouri exported more than $8 billion in goods and services to Canada and Mexico in 2018. These exports support thousands of Missouri workers. A new, strengthened agreement is vital to protect our farmers, manufacturers and thousands of large and small businesses that rely on open and free trade.”

Dan Mehan, President and CEO of the Missouri Chamber of Commerce, December 11, 2019

Providing power, water and Internet across the state

Algonquin, based in Oakville, ON, provides electricity, natural gas, water and wastewater to 255,000 customers in the state through its Liberty Utilities subsidiary. Another subsidiary, Liberty Connect sells private and business Internet services. Algonquin got its foothold in Missouri in 2017 with the US$2.4 billion acquisition of Empire District Electric Co. of Joplin, MO. Algonquin and Liberty now employ 770 people across the state, representing roughly a third of the company’s U.S. workforce.

Making vital vehicle parts for automakers in Missouri and beyond

Canada’s Magna, one of the largest auto parts makers in the world, employs hundreds of workers at two major factories in Missouri. Subsidiary LMV Automotive Systems makes underbody welded assemblies for Ford and GM in Liberty, MO. The highly automated 470,000 sq ft plant, is equipped with dozens of robots. Committed to hiring from within, Magna has its own on-site training center, where it teaches weld and tooling technicians, as well as maintenance personnel. Magna’s second plant is in Excelsior Springs, MO, where it manufactures seats for the Ford Transit van.

For more than 70 years, Calgary-based TC Energy has proudly operated pipelines, storage facilities and power-generation plants that support life for people living throughout North America. In Missouri, eight farms with the capacity to house approximately 90,000 hogs help supply methane to three of TC’s renewable natural gas (RNG) interconnects.​​​​​​​​​​​​​ At full ramp, these interconnects can move a combined 2.1 million cubic feet per day, avoiding some 42,800 tonnes per year of CO2 equivalent—comparable to the emissions of roughly 9,300 passenger vehicles driven for one year or carbon sequestered by 52,400 acres of U.S. forests in one year.

“Canadians bought $1.8 billion worth of vehicles built in Missouri in 2020. But DYK Canadian companies such as @MagnaInt & @MartinreaInt play a key role in their construction. Explore how #cdntrade & #usmca support jobs & communities. #FriendsPartnersAllies