Canada is the No. 2 export market for the Sunshine State, after Brazil. The state’s top exports to Canada mirror the strength of Florida’s important agriculture and aerospace sectors, but economic ties go far beyond resources and products. 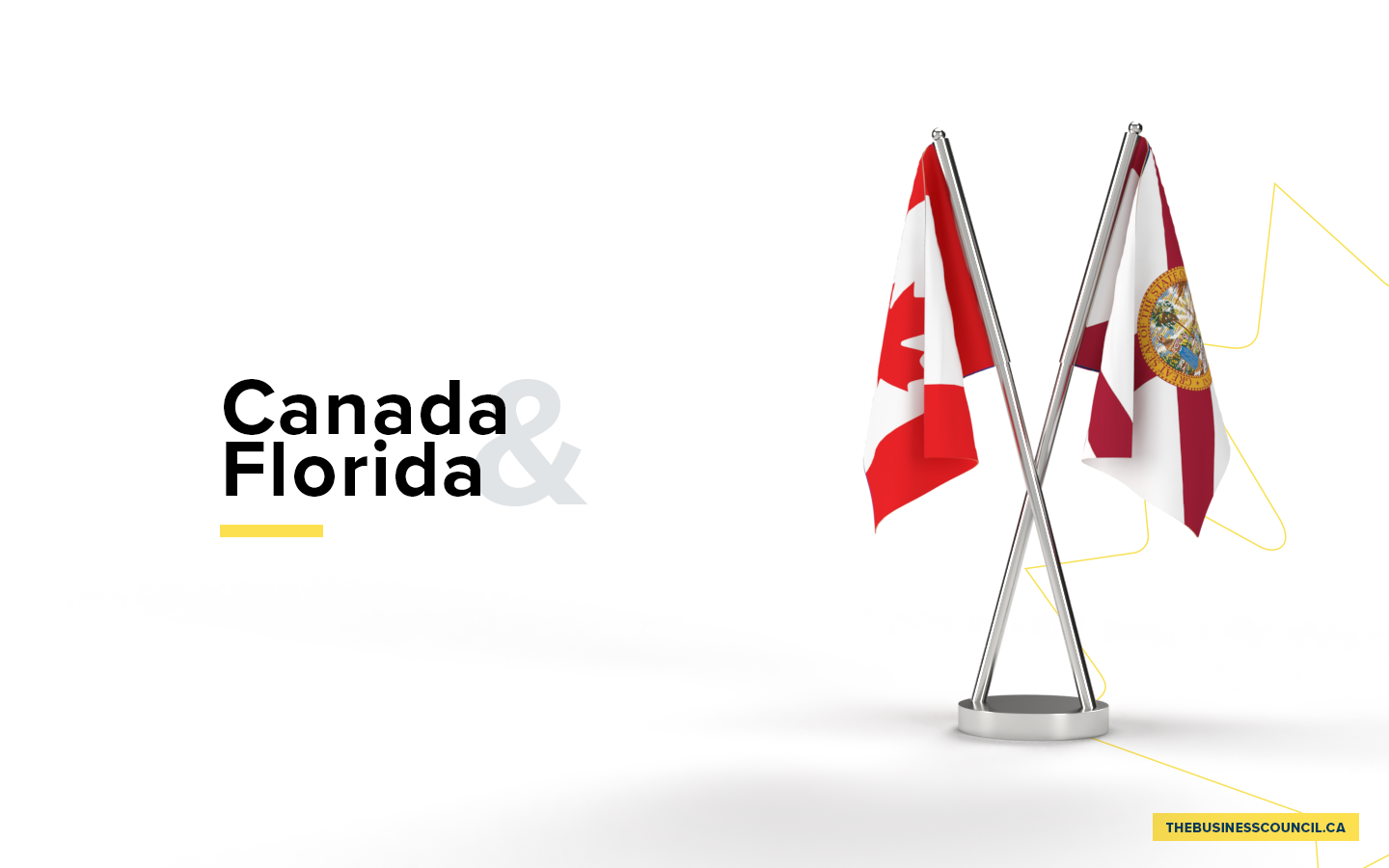 But Florida-Canada ties go far beyond goods exports. Canadian Snowbirds and others from Canada are by far the largest foreign buyers of Florida real estate, scooping up $3.3 billion worth of properties in 2019. The total inventory of Canadian-owned properties in the state exceeds $60 billion.

“This new deal makes important changes that will strengthen American workers and deepen ties with our neighbors, while defending and expanding opportunities for dignified work in our country. “

Mark Wilson, President and CEO of the Florida Chamber of Commerce, July 12, 2019

Helping banks and other businesses manage their cash

GardaWorld, based in Montreal, is the world’s largest privately owned security company, with operations in 45 countries. It has been actively expanding across the U.S., with the recent acquisitions of United American Security, Wess and video surveillance company Ecamsecure. GardaWorld’s U.S. cash management services are based Boca Raton, FL., including armoured truck transport, stocking ATMs and commercial safes.

Tampa Electric, owned by Emera of Halifax, N.S., is on target to generate 14 percent of its electricity from solar within two years. By 2023, the company will have 1,200 megawatts of generating capacity — enough to power 200,000 homes. Emera has spent more than $2 billion on capital projects at Tampa Electric in the past two years, including expansion of its solar capacity and the conversion of its Big Bend generating station from coal to combined-cycle natural gas. Tampa Electric has nearly 800,000 customers, 5,790 megawatts of generating capacity and 12,000 miles of transmission lines.

Tampa is also the headquarters of Emera Technologies, a subsidiary of Emera which is focused on cleantech innovation and developing new ways to deliver renewable energy to customers. Its BlockEnergy Smart Platform is the world’s first utility-focused, front-of-the-meter, distributed renewable energy platform for new build communities of all sizes.

CAE USA, based in Tampa, is a global leader in simulators, training programs and training centers for military clients from the U.S. and allied nations. Among other contracts, CAE’s simulators and programs help train crews on MH 60 Seahawk helicopters, Lockheed Martin C-130 Hercules transport aircraft and Abrams tanks. CAE USA is the largest unit of CAE’s defense and security business, and is focused on military customers, including the three main branches of the U.S. military. The company has a center in Tampa, dedicated to training crews and maintenance on the Hercules aircraft. The center has trained more than 1,500 people for more than 20 military customers around the world. CAE USA, owned by Montreal-based CAE Inc., operates under a special agreement with the U.S. Department of Defense with a separate U.S. board of directors to oversee classified and export-controlled information.