Canada is a lucrative $5 billion market for the Commonwealth of Virginia. In 2020, Virginia’s tech and automotive sectors alone sold more than $1 billion in goods and services to Canada – the commonwealth’s No. 1 foreign market. 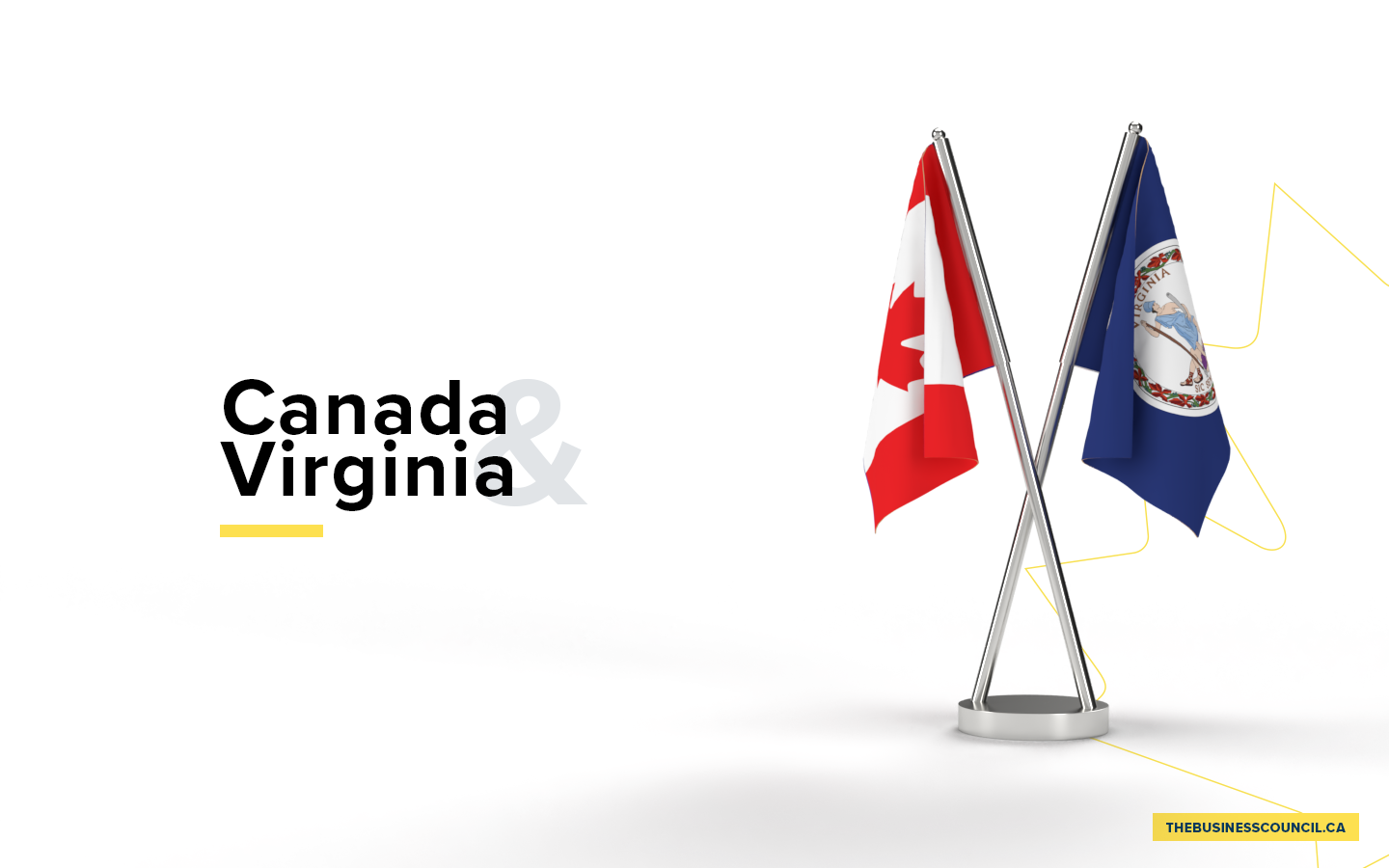 Virginia’s tech sector is clustered in the Northern Virginia suburbs of Washington. The state’s automotive industry is primarily located in the southern part of the state.

Amazon’s choice of Arlington, VA, as one of two locations for its H2Q was a boon to an already thriving tech sector in Northern Virginia. In addition to Amazon, the area is home to offices of most major U.S. suppliers of computer equipment, software and tech services, including Microsoft, Dell, General Dynamics and Booz Allen Hamilton. Several Canadian tech companies also have a significant footprint in Northern Virginia, including CGI Group, Blackberry and OpenText. In 2020, Virginia sold more than $620 million worth of computer equipment and tech services to Canada.

Three major truck and van makers in Virginia – Mack Truck in Roanoke, Volvo in Dublin, and Morgan Olson in Ringgold – generate significant vehicle exports. Canada accounted for the vast majority of Virginia’s exports of tractor-trailers, worth $205 million in 2020.

Canada, in turn, is a supplier of key inputs for Virginia manufacturers, including machinery, steel, plastic, copper, softwood lumber and newsprint.

“USMCA is an important, bipartisan win for Virginia. Expanding access to Canadian agricultural markets will open up new opportunities for Virginia farmers… And efforts to streamline and modernize cross-border shipments will help the thousands of Virginia companies that already export to Mexico and Canada.”

OpenText, based in Waterloo, ON, has been supplying information management software and services to the U.S. government for more than 15 years. OpenText Public Sector Solutions, its government-focused subsidiary, is headquartered Arlington, VA. The company is a leading supplier of software for records management, email, process automation, digital signatures and digital tracking of documents. Among its customers are government departments and large federal agencies.

Montreal-based CGI, one of the largest independent IT and business consulting companies in the world, has a major presence in Virginia, selling to the U.S. federal government, the Commonwealth of Virginia and leading companies. CGI provides the technology that powers Virginia’s eVA online procurement marketplace, used by 245 state agencies, 900 local governments and 100,000 suppliers. The system has saved state and local governments $450 million over the past two decades. CGI has five locations across the state, including its local headquarters in Fairfax, VA, and an IT delivery center in Lebanon, VA, which employs 375 software developers, analysts and consultants.