North Carolina’s famed Research Triangle – centered around the campuses of Duke, UNC and NC State – drives many of the state’s exports to Canada. 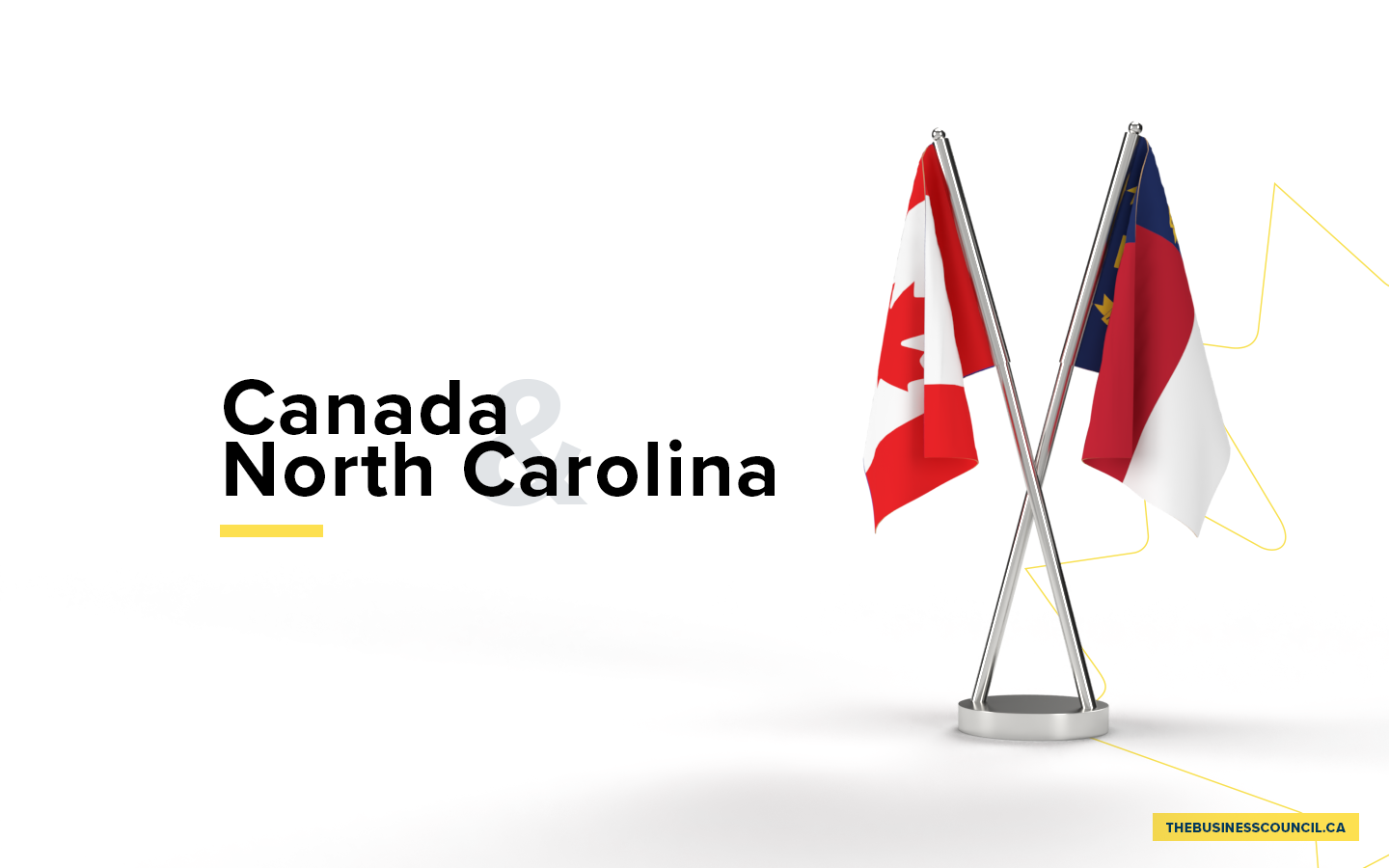 In 2020, Canadians bought $751 million worth of pharmaceuticals in 2020, including large shares of North Carolina’s exports of several key vaccines and insulin products. The Tar Heel state’s fast-growing biotech sector has more than 66,000 employees and 700 companies, including multinationals Bayer, Biogen, GSK, Merck, Novartis and Novo Nordisk. Canada is also an important market for technology services, including software (worth $168 million in 2020).

Canada is both a customer and supplier to the state’s large machinery, aerospace and automotive manufacturing sectors. North Carolina is home to many of the top automotive parts suppliers – including Canadian-based ones – and a cluster of multinational industrial manufacturers such as GE (jet engines and components) and Siemens (generators and steam turbines).

Canada, meanwhile, is a key source of various inputs for the state’s manufacturing sectors, including plastics, turbo-propellers, sulfur and textile fabrics.

“[USMCA] is going to be a great opportunity for workers in N.C. and across the country, especially our farmers and small businesses.”

“Considering Mexico and Canada are our two largest international trading partners, it is imperative for the United States to have free and fair trade with both of them. This agreement achieves exactly that.”

“USMCA is critical to the continued success of the manufacturing industry and the jobs it supports in North Carolina.”

Gary J. Salamido, President and CEO of North Carolina Chamber of Commerce, May 16, 2019

Stantec, an Edmonton-based global engineering company, has four offices in North Carolina that do engineering and planning projects across the U.S. Southeast. From its offices in Charlotte, Raleigh, Winston-Salem and Asheville, Stantec is building and rejuvenating the state’s infrastructure. In addition to traditional engineering work, the company specializes in environmental, storm water management, urban design and traffic management.