Michigan is highly dependent on trade with Canada. The state, which shares a busy land border, more goods to its northern neighbor than to its next seven leading foreign customers combined. 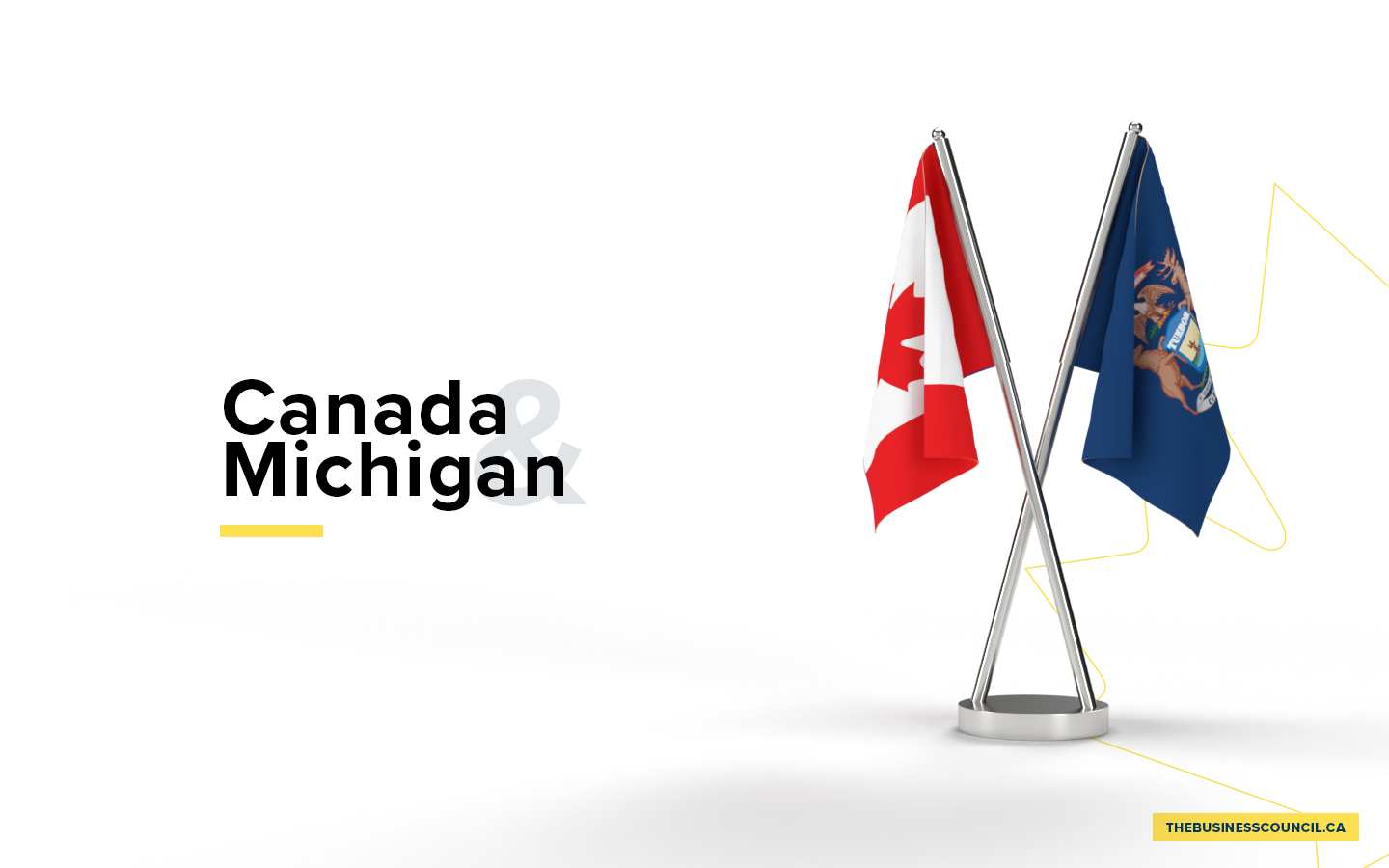 Much of Michigan-Canada trade is dominated by the auto sector. Canadians bought 63 percent of the state’s vehicle exports and 82 percent of truck exports in 2020. Integration between suppliers and automakers across the border goes much deeper than finished vehicles.

The various inputs needed to produce a new vehicle — from steel and plastics, to parts and software – are seamlessly traded back and forth across the border under the USMCA. Canada, for example, is a key supplier of car bodies, engines, gear boxes, axles, clutches, shock absorbers and bumpers to the state’s assembly plants. Michigan exports a similar range of parts to Canadian plants.

“As Michigan’s largest export market, Canada plays a critical role in our economy. Especially now as we implement the USMCA, I look forward to working with the Canadian Parliament to expand market access between both our nations. Not only do we share an important economic relationship with Canada, but we are also bonded together in our stewardship of the Great Lakes.”

“The new US-Mexico-Canada Trade Agreement will help American workers, American jobs, and the American economy… The bottom line is it’s a win for Michigan workers. Trade is absolutely vital to our state’s economy, and our auto suppliers, manufacturers, and farmers will all benefit greatly from this new agreement.”

“USMCA is a historic step forward for Michigan’s job providers.”

LifeWorks, the Toronto-based human resources consultant, led a major expansion of Michigan State’s My SSP Student Support program. It is now available to all 50,000 students at the university, connecting them with a network of advisors and counselors for confidential help related to their health and wellness, family life, relationships and living away from home. The service is available 24/7 via a smart phone app, online or by telephone. The core service is available in six languages, with additional support in more than 60 languages.

Enbridge, the Calgary-based energy company, is proposing to bury a portion of its Line 5 oil and natural gas liquids pipeline in a 100-foot-deep tunnel beneath the Straits of Mackinac. The company says the $500 million tunnel project would alleviate concerns about potential spills from the pipeline into the Great Lakes. The 68-year-old pipeline, which runs from Superior, WI, to Sarnia ON, carries 540,000 barrels per day of light crude and liquids to refineries in the U.S. Midwest and Eastern Canada. The pipeline supplies more than half of Michigan’s propane needs, as well as significant shares of its gasoline, diesel and jet fuel consumption. In 2020, Enbridge employed more than 100 people, paid $67 million a year in property taxes and invested $43 million on capital expenditures in the state.

Liberty, a part of Oakville, Ontario’s Algonquin Power & Utilities Corp., began construction on its new 112 MW Deerfield II wind project in 2022. Located adjacent to Liberty’s Deerfield I wind facility in Huron County, Deerfield II wind project is expected to commence operations in 2023 and will help advance the growth of Michigan’s renewable electricity supply. The project represents an investment of approximately $200 million and is expected to provide approximately $2 million per year in property tax revenue and create 200 temporary and permanent jobs.

In May 2022, Liberty announced a long-term power purchase agreement (PPA) with Meta for 100 percent of the energy and environmental attributes from Deerfield II.

Expanding its presence in Michigan

Magna, North America’s largest auto parts maker, is adding to its large footprint in Michigan by opening its 25th plant in the state and expanding another one. The company, which already employs more than 9,000 people in Michigan, is spending $70 million to build a new plant in St. Clair, MI. Named Magna Electric Vehicle Structures, this manufacturing facility will produce battery enclosures for the all-new 2022 GMC Hummer electric vehicle. The 345,000 sq ft plant, equipped with advanced robotics, will create 304 jobs when it opens in 2022. Magna is also investing $35.4 million to automate and boost capacity at its seat manufacturing plant in Highland Park, MI. The project will add another 480 jobs.