Canada is a long way from the Grand Canyon state. Toronto is 2,200 miles from Phoenix. Vancouver is 1,500 miles away. And yet the economies of Arizona and Canada are deeply intertwined – through tourism, aerospace, technology and agriculture. 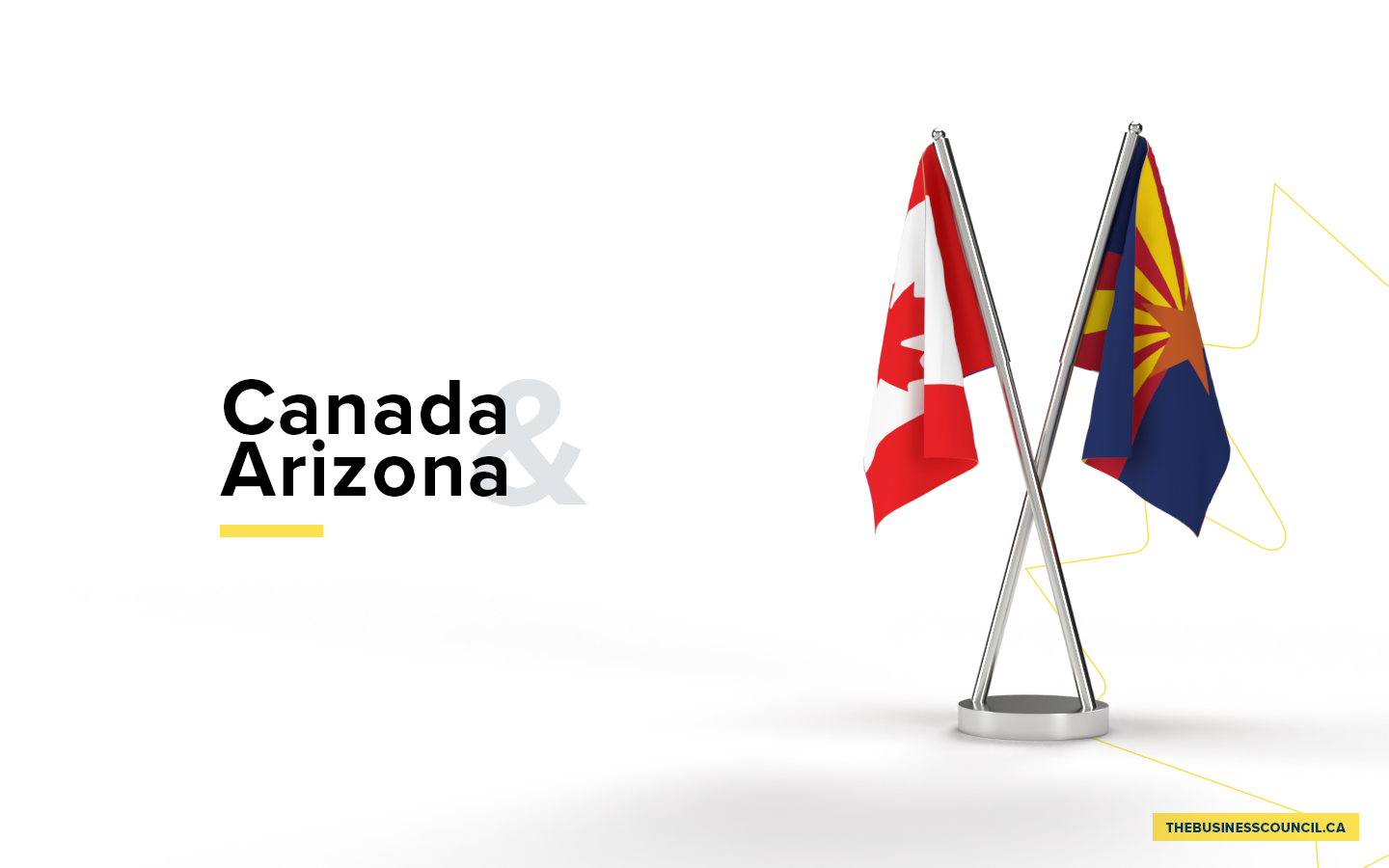 Arizona businesses sell $2.6 billion worth of goods and services annually to Canadians. Canada ranks second only to neighboring Mexico as a trading partner for the state. Indeed, Canada is among the top foreign markets for virtually everything Arizona produces, buying 10 percent of the state’s goods exports – from semiconductors to fruits and vegetables. Canada is virtually the sole export customer for several items produced by Arizonans, including turbojets, motor vehicles, melons, tomatoes and peppers.

Arizona is also a key USMCA gateway for trucks transporting goods from Canada to Mexico, and vice versa.

“The ratification of the USMCA represents a historic day for Arizona, our nation, and our trade relationships. This new trade agreement means more jobs and opportunities in Arizona. And it paves the way for even more trade in the future.”

“The USMCA strengthens and modernizes Arizona’s innovation engine and levels the playing field for manufacturers who sell into Canada and Mexico.”

Tucson is home to aircraft maker Bombardier’s largest support facility for business jets in the world. The service centre, with a million sq ft of hangar space, performs a range of maintenance functions, including inspections, modifications, painting, custom interiors and fly-in repairs on the company’s various Learjet, Challenger and Global models. Bombardier, which has been in Arizona since 1976, employs roughly 850 people at four locations in the state, including many FAA-certified mechanics and structural technicians recruited through a partnership with the Aviation Technology program at Pima Community College in Tucson.

Training the next generation of pilots

Clear skies, dry air and warm weather make Arizona the perfect location to teach pilots how to fly. CAE’s Phoenix Aviation Academy has 80 turboprop and jet engine aircraft equipped with advanced avionics tools to train pilots from across the U.S., Europe and India. In addition, CAE has a fleet of flight simulators to replicate the flying experience on half a dozen aircraft models. The academy also hosts the cadet training programs for several major airlines, including American, Southwest, Jet Blue and Aeromexico. CAE operates a separate simulator-based training center for commercial CRJ and Embraer regional jets at Sky Harbor International Airport in Phoenix, equipped with full-flight simulators for Bombardier CRJ and Embraer aircraft.