This year marks the 40th anniversary of the first formal meeting between Canada and the Association of Southeast Asian Nations (ASEAN). The 10 ASEAN economies have evolved dramatically since then, and today rank among some of the most promising markets in the world. In August 2016, looking ahead to this 40th year of partnership – and with a view to enhancing the relationship through trade ties – Canada and ASEAN announced a joint study on the feasibility of a free trade agreement.

The Asia Pacific Foundation of Canada, the Canada-ASEAN Business Council, the Business Council of Canada, and the University of British Columbia have worked together on this report in anticipation of the government-led feasibility study. Our purpose has been to put forward recommendations for a Canada-ASEAN pact and to detail the economic benefits that would flow from such an agreement if it is reached.

Canada needs a renewed trade strategy for Asia, one that positions Canadian exporters to capture a greater share of the region’s demand for imports. Asia is home to the world’s second- and third-largest economies, China and Japan respectively,
as well as many of the world’s fastest-growing economies. According to the International Monetary Fund, six of the 10 fastest growing economies in 2016 were in Asia. Of those, three are members of ASEAN: Cambodia, Myanmar and Laos. Asia is also home to some of the world’s most populous countries. In total, more than half of the world’s population resides in the continent.

Asia’s impressive rate of economic growth has given rise to a large and consistently expanding middle class. EY estimates that by 2030, some two-thirds of the global middle class will reside in Asia, compared to just 28 per cent in 2009.

Despite the region’s importance to the global economy, Asia-Pacific nations collectively account for only 17 per cent of Canada’s goods trade and 11 per cent
of Canada’s services trade. There is a broad consensus in Canada in favour of strengthening commercial ties with the region; the question is how. In our view, an essential element in any such strategy is to secure a deeper partnership with ASEAN, taking advantage of its status as a trade-friendly region with high levels of economic integration and a burgeoning middle class.

Our research suggests that a Canada-ASEAN Free Trade Agreement (“CAFTA”) could potentially generate between C$4.8-billion and C$10.9-billion in additional bilateral trade, benefiting a wide range of companies and many millions of workers. Such an agreement would also bolster Canada’s competitive position in the ASEAN region.

It would give Canadians, and Canadian companies, an advantage over rivals in countries that lack similar market access. At a time when protectionist sentiment is rising in many parts of the world, Canada and ASEAN should seize this opportunity to burnish their reputations as forward-looking and trade-friendly partners, while leveraging their respective economic complementarities for increased domestic growth.

At the risk of stating the obvious, a stronger, more formal partnership with the ASEAN region would help Canada achieve its longstanding goal of greater trade diversification. The United States currently accounts for 64 per cent of Canada’s goods trade and 54 per cent of its services trade. This heavy dependence creates economic as well as political risks. Enhanced trade flows with ASEAN would help to mitigate this exposure.

This main body of this report is divided into five sections:

This section outlines the current state of Canada’s relationship with ASEAN. It includes brief snapshots of the 10 member states, their level of economic development, and their respective trade relationships with Canada.

This section summarizes the business climate for Canadian and ASEAN companies based on the 2016 Canada-ASEAN Business Outlook Survey. The survey shows widespread optimism among businesses, as well as strong support for a free trade agreement. The section also includes case studies of Canadian businesses that now operate in the ASEAN region, as well as ASEAN businesses that operate in Canada.

This section presents the results of an economic modeling exercise by Ciuriak Consulting Ltd. It seeks to quantify the potential benefits of a Canada-ASEAN FTA based on the 2012 free trade agreement between ASEAN, Australia and New Zealand – ASEAN’s most ambitious trade agreement to date. The model shows benefits for Canadian GDP, employment, and wages over the 10 years following the implementation of the agreement. The model shows that two-way trade flows between Canada and ASEAN would expand by C$4.8 billion. Taking into account the expected reductions in bilateral uncertainty engendered by a CAFTA, potential trade growth could reach as much as C$10.9 billion. Most of this trade growth would be concentrated in industrial goods, followed by agriculture and natural resources.

This section outlines a number of policy recommendations, the most important of which is for Canada to seek a trade agreement with ASEAN that exceeds the level of market access obtained by Australia and New Zealand. Canada should not miss the opportunity to benefit from such a large, growing marketplace.

As organizations committed to our country’s success in the global economy, we look forward to working with the federal government and with other stakeholders in pursuit of a deeper, more beneficial Canada-ASEAN relationship. 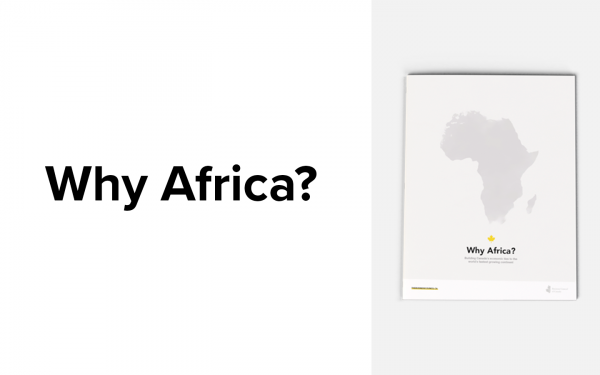 This report summarizes the current business climate for Canadian and the Association of Southeast Asian Nations (ASEAN) companies, explores five broad sectors that offer significant opportunities for Canadian exporters, outlines the results of an economic modeling exercise that shows potential benefits for Canada over a 10-year period following the implementation of a trade agreement, and outlines a number of key policy recommendations. It recommends that Canada seek a trade agreement with ASEAN that exceeds the level of market access obtained by Australia and New Zealand in their agreements.

The Trans-Pacific Partnership: What’s in it for Canada?