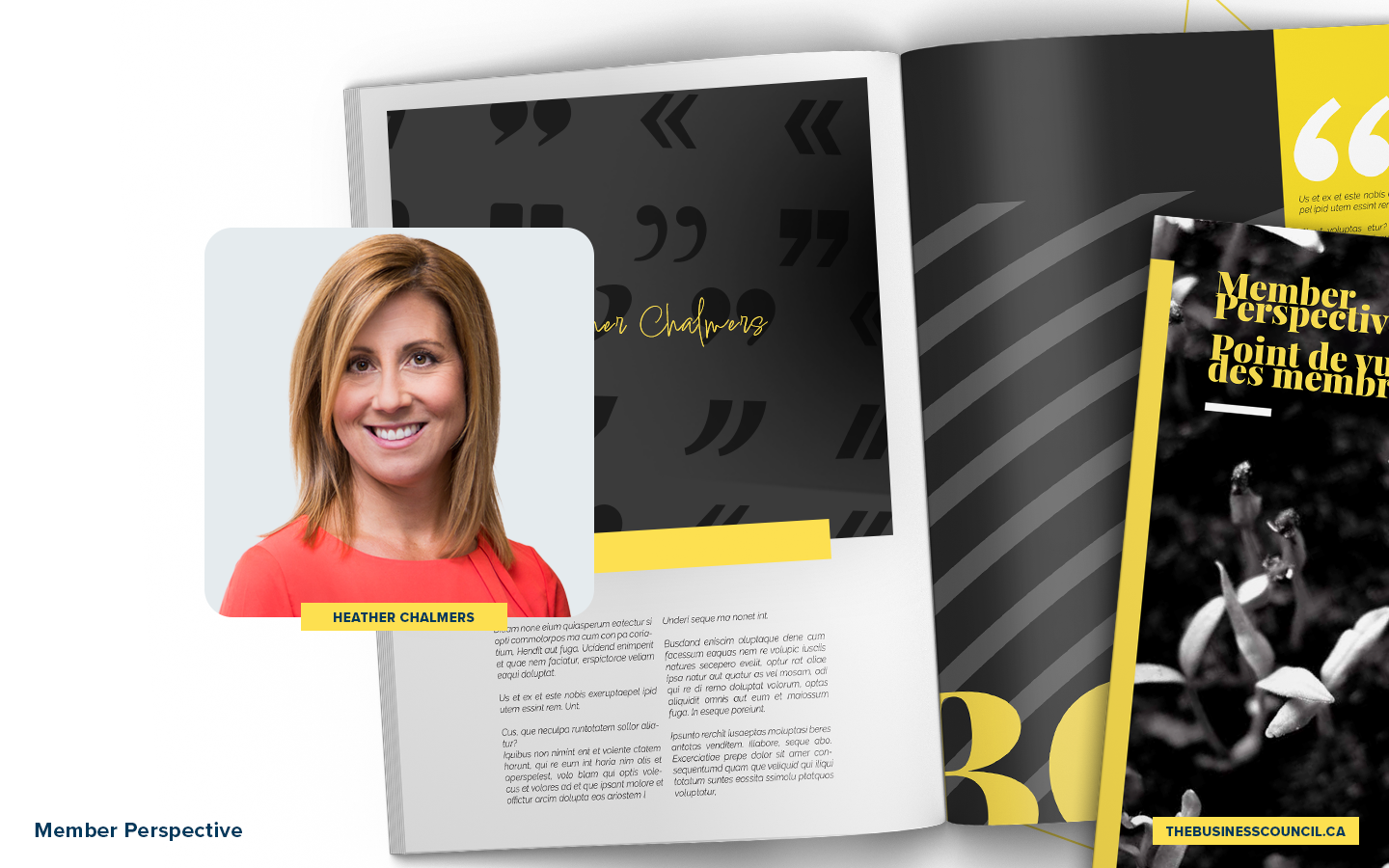 The year 2022 marks several milestones in the Canada-US relationship. Thirty-five years ago, Canadian and American negotiators made a historic breakthrough by reaching a deal on the Canada-US Free Trade Agreement. Thirty years ago, Mexico’s inclusion, with NAFTA, dramatically broadened the geographic scope of what eventually led to today’s Canada-United States-Mexico-Agreement (CUSMA).

This is also a notable year for GE: In April, we celebrated our 130th birthday and this summer, GE Canada celebrated our 130th anniversary as well. The story dates to our founder Thomas Edison, who visited Peterborough and loved the Kawarthas so much that he built a cottage in the region. He chose what became known as Canada’s Electric City to build a manufacturing site, and in 1892, Canada became the first foray for GE’s expansion into international markets.

Canada and the United States build things better, together. We have been doing so for generations. Look no further than GE’s own operations. In 1916, GE built Canada’s first vertical waterwheel-driven generator in Peterborough, while in the 1970s GE installed the world’s first fully operating solid-state high voltage direct current converter in New Brunswick. In recent decades, various trade agreements have strengthened North American competitiveness at a time of rising global competition, and ensured the continued strength of continental manufacturing, from engineering across the value chain to finished goods.

Now, however, our world is defined by volatility, uncertainty complexity, and ambiguity, or VUCA. VUCA is our new steady state – since 2020, we have experienced a once-in-a-century pandemic, extraordinary supply chain challenges, significant inflation, the sociopolitical and economic impacts stemming from Russia’s invasion of Ukraine, and other geopolitical flashpoints around the world. Despite these and many other challenges to effective bilateral cooperation, Canada and the United States have shown the ability to develop the rules and norms needed to prosper sustainably in today’s global economy. CUSMA contained major commercially significant breakthroughs for intellectual property, trade in services, and digital trade. These can be incorporated in other new agreements being negotiated. The North American trading relationship must continue to evolve and adapt to a changing global environment. The world – and North America – would benefit from Canada playing a more prominent role in supporting shared economic interests alongside the United States and other close partners.

Building on the “Roadmap for a Renewed US-Canada Partnership” developed during Prime Minister Justin Trudeau and President Joe Biden’s first bilateral summit in 2021, Canada and the United States can play a critical role in shaping how new frontiers for global commerce develop, particularly around the energy transition. To achieve mutual net zero targets, we will need to electrify more sectors of the economy, invest heavily in low and non-emitting electricity, and decarbonize thermal power plants through post-combustion carbon capture, utilization, and sequestration (CCUS) and the use of hydrogen and other low carbon fuels. To enable this, the grid will need to modernize by becoming smarter and taking advantage of new ways to optimize the movement of electricity.

Canada and the United States routinely conduct around US$100 billion in annual energy trade, but electricity transmission accounts for a small proportion of the total. Growing this amount will require investments to accelerate North American grid modernization, beginning with improved cross-border transmission planning processes and digital tools to ensure a reliable and secure grid. Canada and the United States can advance mutual trade and help resolve the energy transition trilemma of sustainability, reliability, and affordability by further enabling bilateral electricity flows.

Similarly, strengthening integrated North American supply chains, particularly in sectors where global demand is currently or is projected to outstrip supply, will be essential if both countries want to achieve economic, energy, and climate goals. In addition to decarbonizing local energy systems, these supply chains can support global emissions reductions. For example, the small modular reactor (SMR) supply chains GE Hitachi is developing alongside Ontario Power Generation, SaskPower, and other partners for deployment in North America will be in a future position to export nuclear fuel and reactor parts to Europe. These critical components will enable countries such as Poland to replace coal power with reliable nuclear power for the grid and heat for industrial applications and buildings in the future, complementing the role that coal-to-gas conversions play today in decarbonization.

Other export sectors stand ready to benefit from strengthened collaboration, from critical minerals and transportation to hydrogen production and CCUS. While Canadian and US businesses on both sides of the border will drive much of this cooperation, governments have a critical role to play in promoting shared norms and standards within international bodies, among other things, to facilitate cross-border carbon removal or hydrogen transportation infrastructure. Scaling up these breakthrough innovations will require a whole-of-government approach on both sides of the border and in fora such as the G7 and G20.

More, too, can be done in areas of traditional trade policy. For example, the US-Japan-EU trilateral has proposed World Trade Organization (WTO) reforms targeting non-market practices by members and developing necessary enforcement tools to address these practices. Under the General Agreement on Tariffs and Trade (GATT), the WTO’s predecessor, Canada as a member of the informal “Quad” process would have been leading such efforts alongside the other three members and existing talks would benefit from Canada’s perspectives.

Broadening access to global government procurement could be another possible area of cooperation. This may seem counterintuitive to those who are familiar with longstanding bilateral frictions over procurement. However, both Canada and the United States uphold commitments to open most of their high-value public procurement to each other, and to other countries that make comparable reciprocal commitments, especially through the WTO Agreement on Government Procurement (GPA), which aims to open procurement markets on a reciprocal basis. Currently, only 48 of 164 WTO members (including Canada and the United States) are parties to the WTO/GPA, and 36 of those countries are in Europe. Many major and emerging economies provide no WTO guarantee of market access or due process for their government procurement, including in sectors such as energy, health care, and IT. Canada, the United States, and other like-minded partners can advocate for fair and transparent competition in government procurement by persuading other WTO members not currently in the GPA to consider accession to the pact. Doing so would increase trading opportunities while also strengthening the rules-based multilateral trading system. It could also open the door to discussions on how procurement can promote climate and diversity, equity, and inclusion goals – priorities for both Canada and the United States – in a manner that is consistent with trade rules. Finally, meaningful steps to enhance and ensure competition and transparency in public procurement could be an important step in supporting sustainable development in those countries.

Federal governments cannot be alone in collaborating on the future of trade policy. Indeed, in recent years provinces, states, and bi-national regional organizations have been essential both in serving as policy test beds and in reiterating the importance of cross-border ties. The private sector must also continue its leadership in promoting the importance of a rules-based trading system bilaterally and globally. On emerging technologies and policy areas, industry needs to remain at the table to ensure mutually beneficial outcomes.

Continued prosperity depends on governments and businesses remembering that whether in the classroom or the boardroom, neither trade nor the energy transition are a zero-sum game. We either win together, or we do not at all. At GE, our purpose is to rise to the challenge of building a world that works. Then, in 1892, we did so by lighting up the world. Now, as we plan to create three formidable public companies essential to modern life, our employees are committed to leading the energy transition, delivering precision health care, and inventing the future of flight. Then, as now, we have both enabled and benefited from the flow of technologies, ideas and products across borders. Building a world that works into the future will require Canada and the United States to continue collaborating on areas of mutual interest for the benefit of the bilateral relationship, the global economy, and our planet.