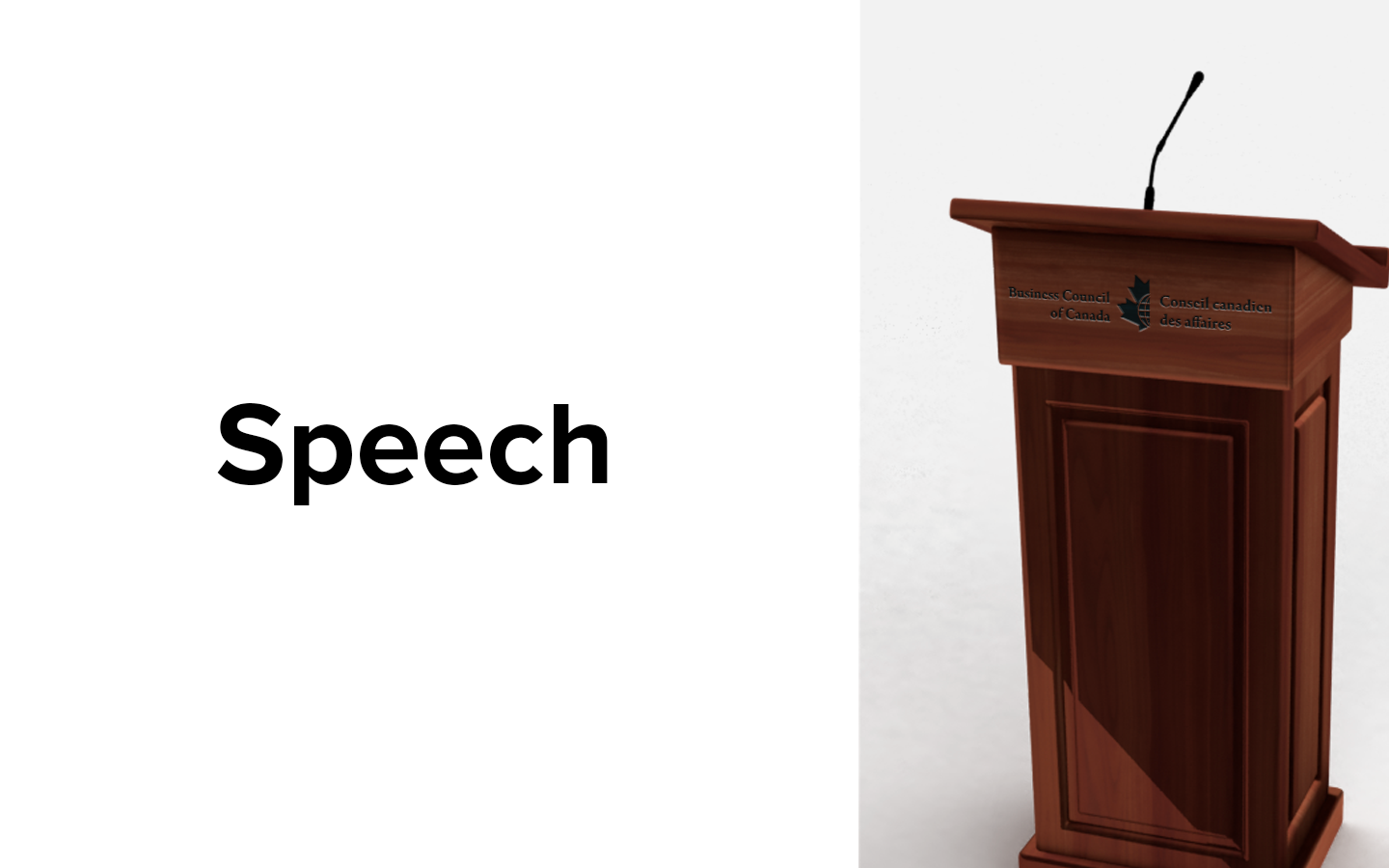 The great American author Mark Twain famously noted “history doesn’t repeat itself, but it often rhymes.” Had I been standing here two years ago – or even two months ago – I might have said we were in the rhyming 20s.

As was the case in the 1920s, we find ourselves in the aftermath of a global pandemic with socio-political upheaval around the world. Today, however, our circumstances more closely resemble a more recent period – one only a half century ago.

The 1970s saw inflation evolve into stagflation amid a global energy crisis caused by the weaponization of oil. Russian soldiers invaded a bordering country where they faced fiercer fighting than they had expected.

A republican president had left office under the cloud of congressional investigations into his abuse of power. He was to be followed by a democrat destined to be a one-term commander-in-chief who faced an emerging China.

Canadians, meanwhile, were being led by a prime minister with the last name ‘Trudeau’.

The 70s were a decade of difficulty, but ushered in an era of unprecedented cooperation between Canada and the U.S. The creation of the G7 and, later, the U.S.-Canada Free Trade Agreement, strengthened and solidified our economic ties.

And, of course, it was in that same period – 1976 to be exact – that the Canada-United States Law Institute was born. That same year a group of far-sighted Canadian business leaders founded the council I’m now privileged to lead.

It was, in short, a period of great upheaval and great transformation – but even greater ambition.

Today, as we experience similar challenges, we must meet our moment with similarly outsized ambition. It is a time for what former U.S. Treasury Secretary Larry Summers called a “new seriousness.” We must not only strengthen our integrated economies and supply chains; we must do more to secure them.

Every day I speak with North American business leaders, and they say we must focus on three areas. First: economic security. Second: energy and environmental security. Third: defence and cybersecurity.

When I speak of economic security, I’m referring to our collective ability to ensure the growth and stability of the American and Canadian economies.  Put simply, having the means and ability to produce or acquire the essentials that power our economic engines and provide a high standard of living

In my view, the best way – the only way – for us to achieve economic security in uncertain and competitive global markets is to adopt a continental approach.

The coronavirus pandemic and Putin’s war have unleashed a combination of chaotic forces into the world economy. We’ve experienced shortages and supply chain disruptions on a scale we haven’t endured since World War II. Domestically, these forces have also given new life to an old threat: Protectionism.

North America’s economic security requires us to resist or remove barriers to cross-border trade and travel. Sometimes this means removing physical barriers – as was the case in February when protestors blockaded the Detroit-Windsor Ambassador Bridge.

Let me pause here to recognize another ambassador – U.S. Ambassador to Canada David Cohen – who is here tonight. Ambassador Cohen has been very busy, including pushing for new legislation to prevent future border blockades. We at the Business Council of Canada support his efforts.

Fortunately, physical barriers are rare. More often, we need to remove political barriers – rules or regulations restricting the movement of people and goods.

You don’t need to have a Western or Case Western law degree to support a rules-based trading regime – though it would definitely help you better understand it. But any such rules must facilitate – and not frustrate –  trade between our two countries.

Regional preferences and rules of origin which disrupt and discourage trade undermine our economic security. This includes ‘Made in America’ provisions which may seem innocuous but hurt innocent trade partners in Canada. As CEO of the Business Council of Canada, I’ve spoken out against proposed actions by the U.S. government on EV tax credits, Buy America rules, and section 232 tariffs.

These measures were intended to target other countries. But unfortunately, Canada got caught in the crossfire. That’s not to say Canada always comes to the trade table with clean hands – the fact is we don’t. Yet, Canadian business leaders have and will always speak out against restrictive trade policies at home.

We believe Canada and the U.S. must adhere to both the letter and the spirit of the USMCA. We must implement and leverage it fully, including the North American competitiveness committee it created. In addition, we must align or harmonize our regulatory regimes to avoid creating non-tariff barriers to trade. We must focus on productivity, not protectionism.

Our fully integrated auto sector – which has its roots in the 1960s auto pact – is a model for this type of cooperation. That is why, back in December, we were so concerned about the proposed Build Back Better EV tax credits.

When we met Senator Joe Manchin in Washington last month, members of the Business Council thanked him for his decisive opposition to those credits. Around the world, we see countries and regions coalesce into a variety of formal or informal trading blocs. To compete with them, we in North America need to think of our ourselves as partners in a continental joint venture.

And that brings me to our second area of focus: energy and environmental security

Russia’s unprovoked and unacceptable attack on Ukraine has disrupted global energy markets. Despite being rich in resources, North America is clearly not insulated from dramatic shifts in both energy demand and energy supply.

Even where we are capable of ramping up production, or releasing reserves, we struggle getting it to markets. To be clear, I don’t just mean overseas markets. Canadian producers today struggle to deliver energy to customers on the other side of our shared border.

The cause of this problem is quite simple: we haven’t made the necessary investments in our cross-border energy infrastructure. Instead of acting to shore up our shared energy security, we’ve allowed these decisions to be politicized. We cannot continue to make that mistake.

We must act together to prepare for the next energy crisis – whatever, whenever and wherever it may be. In the short-term that means continuing to pursue responsible development of our oil and gas resources.  It also means building the necessary infrastructure to leverage our shared capacity to produce and distribute next-generation net-zero energy resources.

Here, government must lead. For too long, NGOs – special interests – have had a de facto veto on energy infrastructure development. While governments must listen to their concerns, energy security requires that we have the means to both extract it and export it.

As I noted, Ambassador Cohen is with us tonight, so I would be remiss if I didn’t mention his ‘marching orders.’ Last year President Biden and Prime Minister Trudeau unveiled a Roadmap for a Renewed U.S.-Canada Partnership.

It is a comprehensive blueprint for how our two countries can – and must – work closer together in key vital areas. It includes a commitment to clean energy infrastructure and cross-border electricity transmission. Specifically, it calls on us to enhance the security and resilience of our shared critical infrastructure.

And, given the integrated nature of our transportation networks, we must work together to accelerate the adoption of zero-emission vehicles..

To make North America a global leader in EVs and battery technology, production, and integrated supply chains we must harness our critical minerals. Here we must deal with both geopolitical realities as well as geological realities. Much of the world’s critical mineral deposits are located outside of North America. We need to map out the reserves we have within our borders and those we can access securely outside them.

China and Russia have been doing this for years, and we must combine our efforts to catch up to them. Securing access to critical minerals is absolutely vital to both our energy security and our economic security.

Now, I’ve talked a lot about extraction but let me be clear: environmental security is essential to energy security. Moreover, climate change is a great and grave threat to our economic security.

Last year we saw how flooding in the Pacific Northwest crippled a crucial trade corridor in British Columbia. Wildfires in western parts of the United States and Canada resulted in billions of dollars of damage. Extreme weather events are becoming more common and costly – not only to our livelihoods but in human lives. On the eve of Earth Day, let me emphasize the need to address the devastating impact of climate change.

This is another area where we should take our cue from the golden age of cross-border cooperation.

Geographic proximity requires us to address climate risk and environmental sustainability in lock step. We need a common front in the climate change battle.

And I use those military terms intentionally as a pivot to our final priority – defence and cybersecurity.

Russia’s illegal and outrageous invasion of Ukraine is a stark reminder that our two countries are not just friends, neighbours, and economic partners. We are NATO and NORAD allies. Canada and the United States must continue to stand shoulder-to-shoulder on continental defence.

Soon after Russian troops moved into Ukraine, I wrote to our government on behalf of our council to reiterate our longstanding support of increased defence spending. We were pleased to see the Trudeau government respond positively in the recent federal budget.

We were also pleased by the Government of Canada’s long-awaited decision to purchase 88 U.S.-made Lockheed-Martin F-35 fighter jets. My good friend Peter Mackay – with us here tonight – deserves a great deal of credit for all his work on this file as Canada’s former defence minister.

Let me be frank: it is tough to sustain a positive bilateral economic partnership if the United States thinks of Canada as a freeloader or a laggard on national security. I’ve seen the reputational harm this can do in Washington when discussing trade and investment issues.

We’ve heard much talk about how Australia has muscled its way into America’s heart through strong defence policy. My hope is the recent moves by the Government of Canada will remind Americans that we are committed to defence.

I can tell you that there is no issue that keeps Canadian CEOs up at night more than the constant threat of cyber attacks. State-sponsored cyber attacks target trade by disrupting energy utilities/financial networks/telecommunications.

I would go further – we have a shared obligation to do more to protect all of North America from cyber threats. Cyber threats know no borders. States that sponsor or engage in cyber warfare can and will target each of us through the other.

In closing, we must recognize the resilience and reliability of our economic ties are facing familiar threats. When similar forces threatened our two countries in the 1970s and 1980s – we overcame them together. Leaders such as Ronald Reagan and Brian Mulroney acted together on trade, the environment, and defence.

Our leaders today must follow their example and act on economic security, energy and environmental security, as well as defence and cybersecurity. A failure to act would be an act of failure.

We do this not for ourselves but for future generations.

View All on Speeches

Goldy Hyder on stage at the Parliament 2020 Conference

Environment and economy: until death do them part 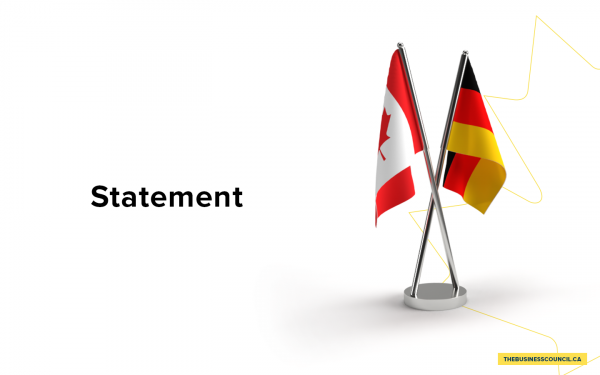