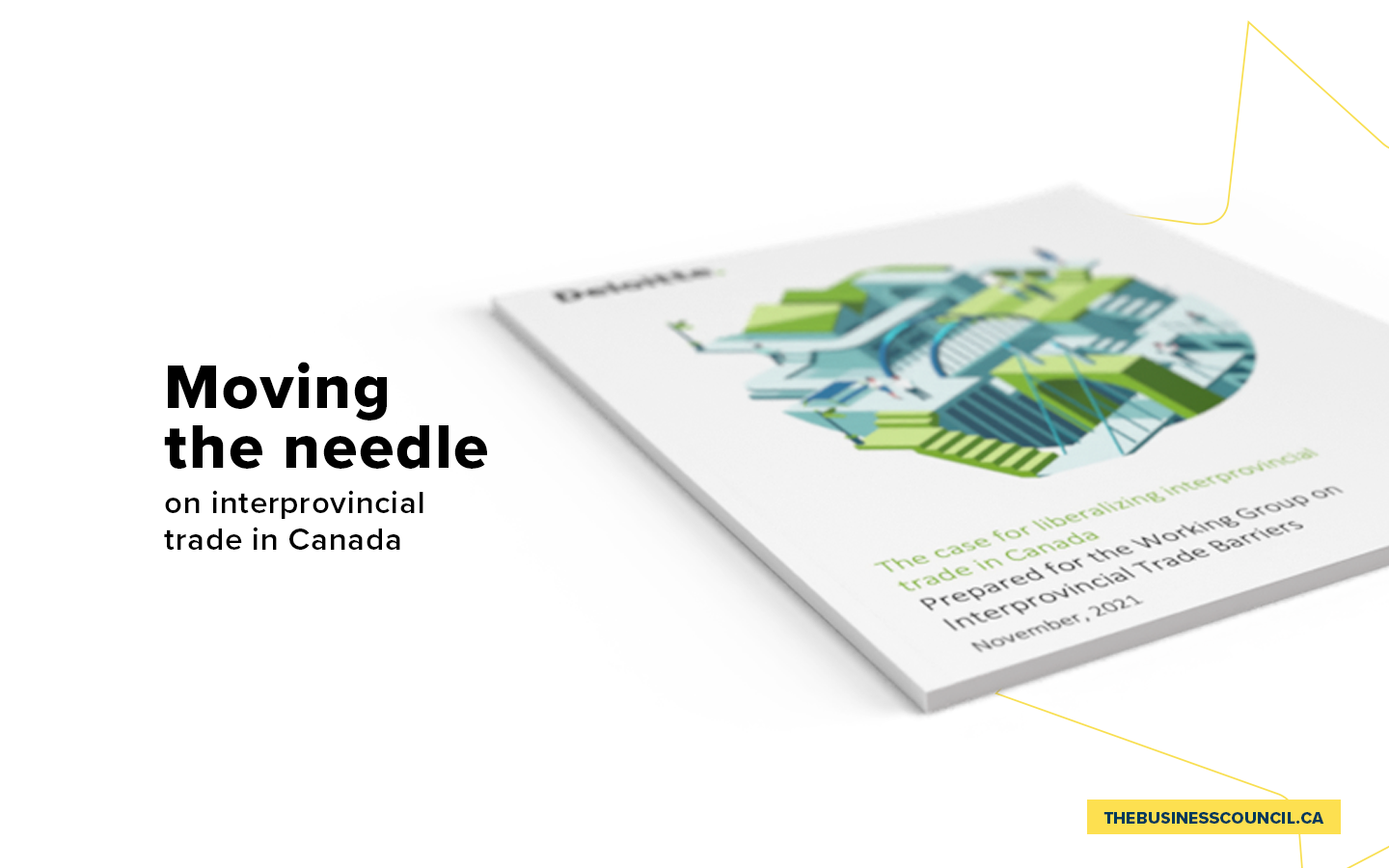 Much ink has been spilled on analyzing September’s federal election, but most pundits and observers agree on one thing: Canadians want to see their elected officials – no matter what party or level of government – work together on a strong, sustainable, and inclusive recovery.

The pandemic has had a heavy toll on our physical, mental, social and economic well-being. Canadians don’t want to hear more explanations about jurisdictional authority, or excuses about who is responsible for what. Rather, they want real progress on matters that will improve their lives and bring hope that better days lie ahead.

It is within this context that I believe there’s a rare opportunity to make a difference on something that has long dogged the country – interprovincial trade barriers.

As identified by Deloitte in a report released this week, the economic impact of these barriers is felt on both macro and micro levels.  They depress Canada’s real GDP by  nearly 4 per cent and reduce government revenues by nearly 4.5 per cent.  For Canadians, these barriers lower household incomes and wages by 5 and 5.5 per cent respectively. They also limit the choices we make every day – from the contractors we can hire to the food we buy and the wine we drink.

We all know the harm these barriers cause. We all know they need to go. And yet despite our best efforts they remain in place. Like the myth of Sisyphus, every time we make headway, it seems like the boulder keeps rolling back. Even though the Canadian Free Trade Agreement came into force in 2017, only three provinces have improved their openness to trade, while barriers have increased in six other provinces trade, as reported by the Montreal Economic Institute earlier this year.

It is exactly at this moment when Canadians are looking at their leaders for new ways of thinking and acting, that we can finally flip the script on interprovincial trade barriers. Fortunately, Deloitte’s report offers four practical recommendations that policymakers should take seriously:

Deloitte’s report offers a fresh take on tackling a complex policy issue that is as old as our country. But more than just sound advice, the report demonstrates the importance of process with contributions from fifteen business groups and think tanks from across the country. If we are to move the needle in the right direction, it will take collaboration that goes beyond the realm of policy.

We have seen the success that has resulted from a “Team Canada” approach to international trade negotiations and challenges. Now we need a similar approach to open trade within our own borders.