Two years ago, the UN’s Intergovernmental Panel on Climate Change reported that global emissions must be slashed to net zero by 2050 if we are to avoid the full devastation of climate change. Nearly 120 countries (including Canada) representing 65 per cent of global emissions and more than 70 per cent of the world economy have committed to working on net-zero targets. However, while the goal of these countries is the same, the approach by which to achieve it varies.

Advanced technologies are poised to be game-changers in the battle to overcome climate change. Quantum computing is just one example, as researchers learn more about its potential, including discovering new ways to capture and transform CO2′s harmful emissions into usable energy and remove carbon from the atmosphere. Scientists are also working on it to create molecules that replace the chemical catalysts needed for fertilizer production – a process which now accounts for up to 3 per cent of the energy used on the planet.

While all computing systems depend on an ability to store and manage information, some of the solutions to challenges we face now – such as CO2 reduction – may not be achievable using today’s computational power. Quantum computers, which leverage quantum mechanical phenomena to perform computations, could solve in mere seconds problems that once might have taken a million years to crack.

The potential of quantum computing is not lost on government and industry leaders. Research firm Gartner projects that, by 2023, 20 per cent of organizations will have earmarked quantum computing in their budgets, compared with less than one per cent in 2018. This is good news for Canada, a country considered to be a pioneer in quantum science. According to a recent study by McKinsey and Company, our country has been ranked first in the world in quantum computing science, first in the G7 in per-capita spending on research on the subject, and fifth in the world in total expenditure on quantum science in general. This translates into a $142.4-billion opportunity that could employ 229,000 Canadians by 2040, according to the National Research Council of Canada. This potential demand for a brand-new pool of talent to fill potentially more than a quarter of million jobs means that we need to prepare our workforce now.

STRATEGY AND SKILLS – WHAT’S NEEDED NEXT IN OUR JOURNEY TO QUANTUM?

While science and math are the foundation of a career in quantum computing, there is no single set of skills that will take you there. Physics, computer science and engineering are all solid competencies, but as quantum is so interdisciplinary, exploring other options is important too. For example, cybersecurity expertise will be in higher demand as the potential for cybercrime grows at the same rate as the technology.

As with many opportunities, a diverse background of knowledge is often helpful, especially as the pervasiveness of quantum technology grows across more industries, including finance, health care, telecommunications, chemical and pharmaceutical manufacturing. Education that prepares for careers as technical writers, project managers, analysts and other similar roles is beneficial. The ability to communicate, think critically, collaborate and be curious is also important. And, as we move to a greener economy both in Canada and worldwide, knowledge of climate issues is valuable.

To fill the skills gap that the growth of quantum computing will create, academic institutions, companies and governments across Canada should be developing and executing strategies now. Businesses can start identifying what current job roles could evolve into quantum-based ones with some reskilling. Cross-industry and cross-business collaboration would also serve to develop key employee skills for a capable workforce nationwide. Finally, governments should ensure that their training programs recognize the growth potential of quantum, especially as it develops to meet the needs of stronger environmental measures.

In the case of academics, quantum education ought to be integrated into curriculum starting in high school and be offered widely at the post-secondary level. On this front, is progress being made here in Canada as programs launch at universities across the country, including the Université de Sherbrooke, where last June IBM announced the new IBM Quantum Hub – the first in Canada. Producing a skilled quantum workforce is not a small endeavour, so creating the opportunities for skills growth should be a priority.

The theme of 2021 is most certainly recovery and progress. As the country moves forward, we must look for new occasions to innovate and opportunities for growth we may not have had before. It is important now more than ever to do everything we can to ensure our workforce is prepared for the jobs to come, as well as for a more advanced and sustainable future.

Tackling inequality is essential for our shared prosperity

We have to do better

Canada needs to own its ideas

There’s no playbook for handling this 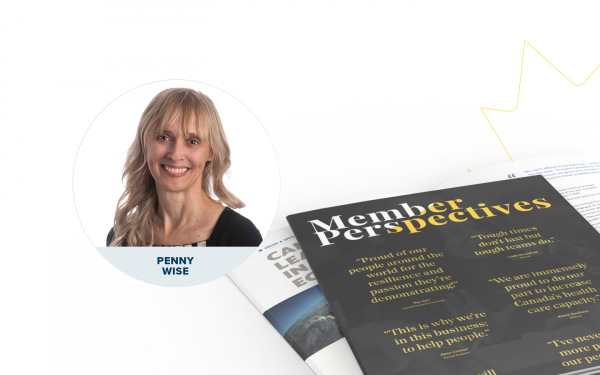