We live in an era increasingly defined by grand challenges: a global pandemic, an unsettling new geopolitical order, and an economy shaped by complex issues such as climate change, rising inequality, and demographic shifts. These challenges require us to think about public policy differently, with a bolder vision.

More than ever, Canada’s economic success relies on our ability to innovate and harness our human intellectual capital to solve big problems and be more productive. Innovation is critically important to a country’s economic prospects because it plays such a crucial role in productivity growth. In turn, higher productivity means a better standard of living. This is not an abstract academic debate: our collective economic prosperity depends on it.

More than ever, Canada’s economic success relies on our ability to innovate and harness our human intellectual capital to solve big problems and be more productive.

Canada invests heavily in innovation. The Jenkins Panel, for instance, reviewed 60 federal programs delivered by 17 departments and agencies totaling more than $5 billion in annual expenditures targeting research and development alone. Those investments rely mainly on supply-side economics (ie tax credits) to incentivize innovation. But how effective has that approach been?

Take for example our largest funding mechanism for private sector research, the Scientific Research & Experimental Tax Credit (SR&ED). Funding from SR&ED will cover Research and Development (R&D), but not the costs associated with patenting that research. There is little evidence that SR&ED is driving private investment in R&D. As a whole, Canada’s R&D spending as a function of GDP is declining and is below average compared to other OECD countries.

Put simply, Canada’s approach to innovation policy over the last decades has not delivered the goods. In fact, a 2018 Brookings report concluded that our advanced industries – the high value innovation and technology application industries that disproportionally drive regional and national prosperity – lag significantly compared to the U.S. Our relative productivity is at its worst at a time when it matters most.

We need to address the structural weaknesses of our innovation ecosystem. We perform relatively well at the beginning of the innovation chain – in basic research and the start-up stage – but poorly in later stages such as scaling small- and medium-sized enterprises, growing global firms in non-protected and regulated sectors, and late-stage capital financing. This results in many companies leaving the country, particularly in certain sectors such as high-tech and medical innovation.

We need to address the structural weaknesses of our innovation ecosystem.

Further, publicly-funded R&D is not well linked to industry, resulting in poor technology transfers or commercialization for Canadian companies. We undervalue our Intellectual Property as a source of economic wealth and give it away to foreign firms too easily. Canada’s public R&D spending should be a long-term investment in our ability to become more innovative and productive and to grow the economy. It should support a broader innovation ecosystem and close the gap between public benefits and private costs. That case is weakened, however, if investments are directed exclusively to foreign firms and the spillovers are mostly realized outside of Canada

We need to focus less on the supply side and more on the demand side of the equation so that we can harness the tremendous advantage Canada maintains over its competitors, that is, a highly skilled and educated workforce. Canada has one the highest levels of post secondary graduates in the OECD, and our immigration system is one of the best in the world when it comes to economic mobility. But our innovation outcomes are marginal compared to international standards.

So, how do we improve those outcomes? We can look to the DARPA model for some tried and true solutions. Established in 1958 in response to the Soviet Union’s launch of Sputnik, the Defense Advanced Research Projects Agency (DARPA) was created by President Eisenhower out of a sense of urgency. The Americans wanted to be the first to send a satellite to space, but the Russians got there before them — and it was not because the United States lacked the science. The American government simply did not move fast enough. DARPA was the answer to that problem. In a historic speech at Rice University in 1962, President Kennedy would pledge to put a man on the Moon by the end of the 1960s.

Over the years, DARPA-funded projects created the building blocks for the GPS, the first computer mouse and the protocols that underpin the modern Internet. It pioneered stealth technology that made American fighter jets all but invisible to enemy radar. DARPA is now at the forefront of the vaccine race for COVID-19.

Another key U.S. mission and challenge-driven organization, the National Aeronautics and Space Administration (NASA) just announced a few days ago it will be buying lunar soil from commercial providers. Think about this for a few seconds. It will pay private firms to go to the moon and bring back soil. In doing so, NASA will be creating a whole new market in the capability to go to the moon.

Demand-side policies will be a necessary part of a new, “homegrown advantage” to help firms build scale and enable them to compete in global markets.

We can learn from these success stories. Our conventional policy toolkit requires updating if Canada is to cultivate innovative domestic firms that can compete globally. More and more, the economy is being driven by intangible assets such as intellectual property, software, and data. It is transforming where economic value is derived and who participates in it. A shift to a greater focus on demand-side policies is consistent with a broader recognition of the evolving policy environment caused by the rise of the intangibles economy and changing geopolitics.

Demand-side policies will be a necessary part of a new, “homegrown advantage” to help firms build scale and enable them to compete in global markets. This will not happen if we cannot transfer our knowledge and intellectual capital into commercial products and services. It is time to see more return on our substantial investment in innovation. Canada needs to adopt a DARPA challenge-driven approach that will enable technology transfers to the private sector and help grow Canadian global champions.

Government must think correctly about a long-term economic strategy 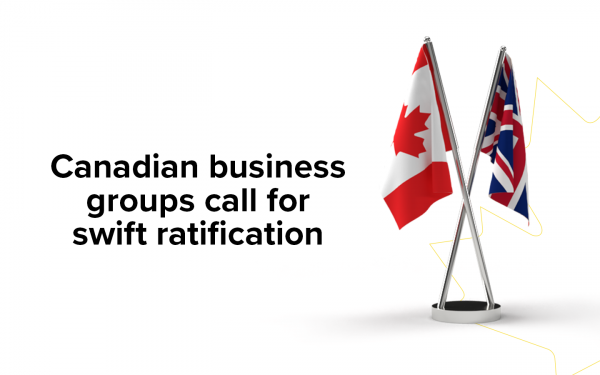